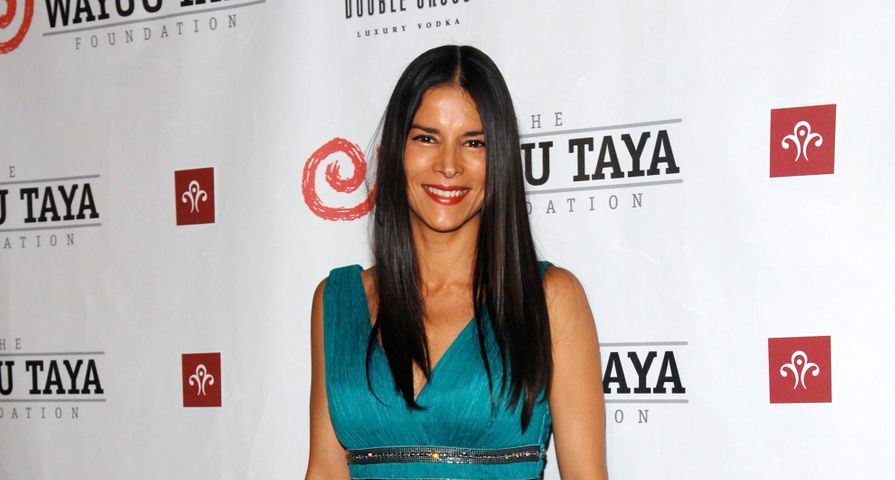 Patricia Velasquez became widely famous in the 1990s due to being recognized as the first Latina supermodel after appearing in a many fashion campaigns and then starring in the 1999 blockbuster The Mummy and its sequel The Mummy Returns in 2001.

Now, at 44-years old, the model and actress addressed her sexuality and made the decision to publicly come out as gay in her new memoir Straight Walk: A Supermodel’s Journey to Finding Her Truth, after years of dating both men and women.

It was her 8-year old daughter Maya however who motivated Velasquez to be completely honest about her sexuality after years of hiding it which she reveals in the book.

“It’s very difficult to face your past, so I put off doing anything like this for a long time. But as my daughter started growing up and I was teaching her to be honest and proud, I knew it was time for me to set an example – and that meant facing my truth. For me, living life with truth and honesty is one thing I want to make sure she understands.”

Velasquez writes about several of her relationships including the one with Lauren, the woman with who she had Maya with. “Gay marriage wasn’t legal when Lauren and I decided to commit to one another and have a baby together. The decision was an easy one, not like when it had been presented before,” she wrote although her and Lauren are no longer together.

Before her recent relationships however, it was comedienne Sandra Bernhard who made her realize she was interested in women after meeting backstage at a fashion show and hooking up afterwards, “I was deeply in love with Sandra in a way I’d never experienced before.”

Velasquez also discusses having to hide her true self from her native Venezuelan community but finally decided to come out to her family before a fashion show in 1999.

“As I sat there waiting to walk, I was feeling this great sense of pride thinking about my journey to this moment, the only Latina in this massive show, excited to be a part of something so amazing […] It made me realize that I could be myself too. That was the moment, I decided right there. It all just clicked suddenly.”