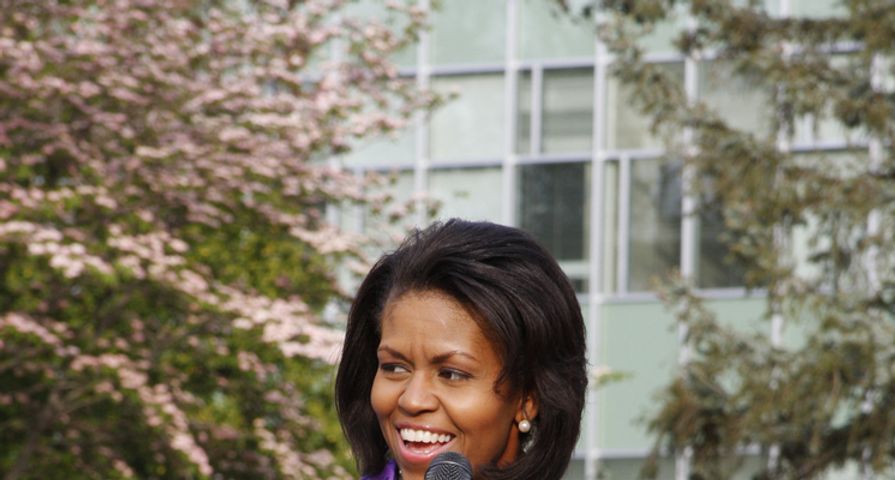 Is there anything funnier than a dog taking down a small child? I might be guilty of spending hours at a time on YouTube looking for the newest examples of such comedy. The circumstantial ante is always upped when a playful canine belongs to an often maligned President of The United States.

The Portuguese water dog, known affectionately as Sunny Obama, did her best to throw First Lady Michelle under the bus by getting in the face of a little girl, and taking her to the ground. See the video for evidence. You can’t make this stuff up.

OK. In all fairness, Sunny didn’t really do anything but sniff the little girl, and the little girl tripped over a walker belonging to the little boy behind her, but it still cued an audible gasp, and a few muffled laughs from the onlookers. The best reaction belonged to Sunny, who was probably thinking, “C’mon kid, stop flopping! You’re making me look bad.” I imagine she hears President Obama say something similar about his political adversaries on a daily basis.

Mrs. Obama did her best to smooth out the situation as best she could. Methinks her resume from 2008-2016 will list her duties as more than “First Lady. “Full Time Firefighter” is wholly appropriate. This woman has quelled more media fires than any first lady before her.

This didn’t stop the Internet from having plenty of fun at the expense of Sunny, Michelle Obama or the little girl. Nobody is safe from ridicule when there’s an entity like Twitter!

You can see the whole thing go down in the video below: