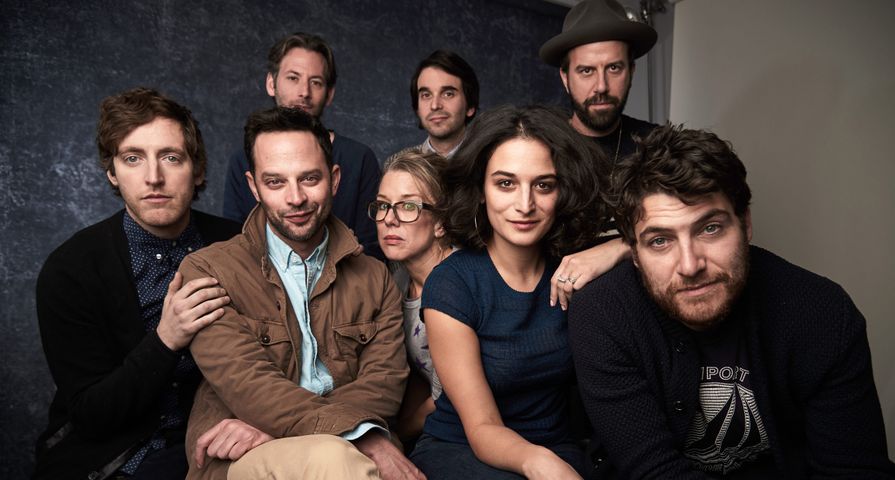 Joshy, written and directed by Jeff Baena (Life After Beth), is a hilarious dark comedy featuring an ensemble of many of the most talented actors working today. The titular character Joshy (Thomas Middleditch) is reeling after his fiancée (Alison Brie) commits suicide. So his group of friends uses what should have been his bachelor weekend in Ojai, California to come together and help Joshy get some much-needed relief. What transpires is a weekend of debauchery, reflection, and a bit of drama.

Because this movie hinges on the relationships between the characters, it’s important that the actors have a great rapport. As many members of the cast are friends in real life, their inherent chemistry was one of the strongest elements of the film. Not only was this chemistry evident through their characters on-screen and the completely improvised dialogue, but it was also evident when we interviewed the entire cast in-person at Sundance. Below, check out a combined edition of our interviews with Jeff Baena, Jenny Slate, Thomas Middleditch, Adam Pally, Alex Ross Perry, Nick Kroll, Brett Gelman, and Lauren Weedman. We talk about improv, the actors’ relationships with each other in real life, and what movies actually use as a substitute for cocaine.

As to be expected when each were asked about how long they’ve known each other because of their great chemistry on-screen there was lots of jokes, and Jenny Slate added that she even clicked instantly with Adam Pally who was the only one she hadn’t known beforehand. “It’s funny because in the movie I say, “You remind me of a cousin.” That was one of the first things I actually thought when I met him – that he seems like someone from my life. I had met Jeff because I’m friends with Aubrey [Plaza], but I didn’t know him well. Getting to know him and being around his kind, chill energy was a real treat.” While Nick Kroll and Brett Gelman praised director Jeff Baena for casting the characters perfectly. Kroll stated, “Jeff did a great job of bringing all of these different energies and colors together,” and Gelman added, “Yeah, and he matches…every person in the movie has a very specific energy and personality unto themselves that is in your face.”

The great cast chemistry can also be credited to the fact they all stayed in the house that Joshy was filmed in as well as the fact they weren’t given a script just a 15-18 page outline, which added to the realistic dialogue between the characters. “That’s why I did the movie this way; that was the entire reason… because I hate that. I don’t know if it’s because my sensitivity is through the roof, but I can’t stand contrived dialogue anymore. It drives me nuts and I don’t like when you feel like you’re being manipulated. I don’t like the idea of seeing a movie and it feels comfortable because you’ve heard it before,” Jeff Baena stated.

Although it would be assumed it would be more difficult for the actors to get into character without a script, Lauren Weedman stated, “It’s much easier.” Nick Kroll added, “Yeah, I think it depends on the project but it is because you have so much control over what your character says and have an honest response to what is happening around you. It all just depends on the material.”