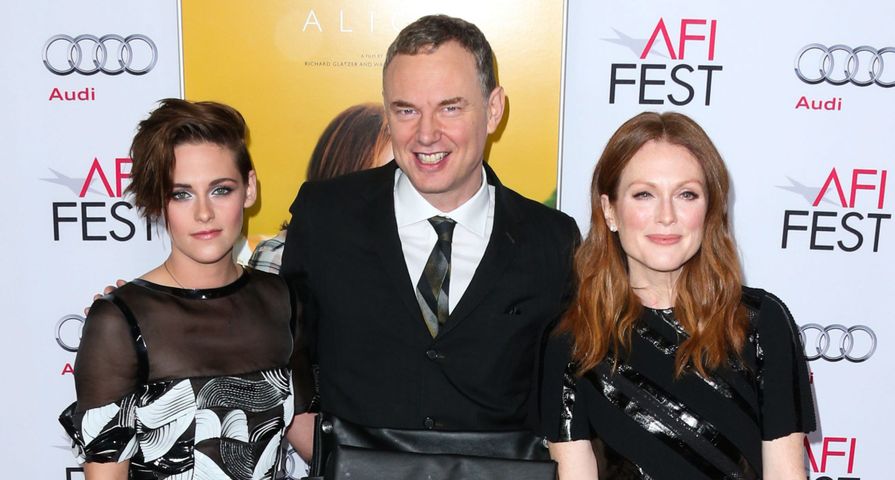 Director Richard Glatzer, who received high praise around the entertainment industry this awards season for his Alzheimer’s drama Still Alice has died at the age of 63 on Tuesday March 10 after a brave battle with ALS, also known as Lou Gehrig’s Disease.

Glatzer co-wrote and directed the film with his husband Wash Westmoreland. During the 23 day film shoot, Glatzer communicated using only one finger to operate a text-to-speech app on his iPad.

The film’s star Julianne Moore ended up taking home her first Oscar, winning Best Actress for her portrayal of a wife and mother suffering from early onset Alzheimer’s in the film, but Glatzer was unable to attend the ceremony as he was rushed to hospital two days prior to the Feb. 22 awards show with respiratory problems.

Glatzer was diagnosed with ALS in 2011, and it was shortly after that he and his husband took on the project of ‘Still Alice’ and although the disease progressed quickly, reducing his abilities, he never missed a day on set.

“Rich was my soulmate, my collaborator, my best friend and my life. Seeing him battle ALS for four years with such grace and courage inspired me and all who knew him,” Westmoreland -who married Glatzer in 2013, stated after his husband’s passing.

“In this dark time, I take some consolation in the fact that he got to see Still Alice go out into the world. He put his heart and soul into that film and the fact that it touched so many people was a constant joy to him.”