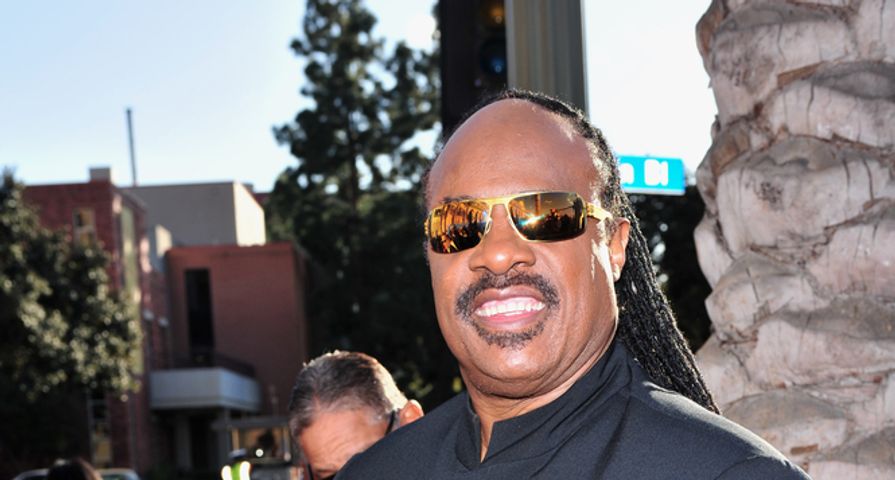 Think you’ve got a lot of kids? Stevie Wonder has nine!

When Stevie appeared on The View last month, the hosts asked him whether it was true that he was excepting triplets. “I got, how many, 22 kids?” he joked, before saying about the triplet rumor, “It’s not true. The truth is we’re going to have a wonderful daughter, born in December, [and her] name is going to be Nia, which i[means] purpose.”

A spokesman for the singer also explained that “Purpose” is “one of the seven principles of Kwanzaa,” referring to the African American holiday festival.

Stevie had his first child, Aisha Morris, all the way back in 1975 with girlfriend Yolanda Simmons. Then in 1983, he had son Mumtaz with girlfriend Melody McCulley. He reportedly gets along well with Aisha and has been outspoken about Mumtaz’s musical talent.

He was also married to  Karen ‘Kai’ Millard Morris from 2001-2012, during which time he fathered sons Kailand and Mandla Kadjay. Kailand has sometimes played drums on stage with his dad.