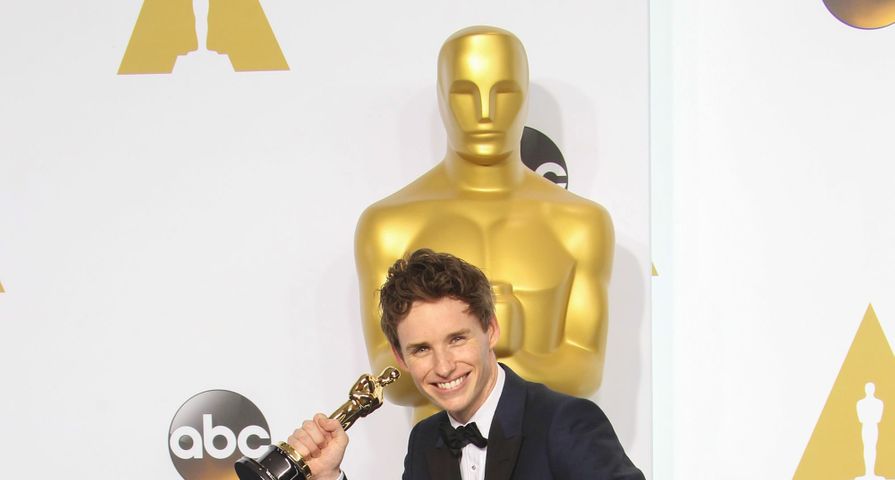 Only a few short years ago, many in Hollywood did not know the name Eddie Redmayne but fast forward to 2015 and he is now someone that nobody will soon forget as he makes his way through awards season scooping up awards for Best Actor.

As the 33-year old keeps winning, his fan base is only growing bigger as he is continuously humble, gracious and unbelievably grateful, and all of it is stemming from his portrayal of the iconic Stephen Hawking in the biopic The Theory of Everything.

After Redmayne once again won for Best Actor at the 87th Annual Academy Awards on Sunday (Feb. 22) for his role, Hawking took to his Facebook account to post his support for Redmayne writing, “Congratulations to Eddie Redmayne for winning an #Oscar for playing me in The Theory of Everything Movie. Well done Eddie, I’m very proud of you. -SH.”

Of course, the cast including Redmayne and Felicity Jones (who stars as Jane Hawking), and the Hawkings became close during the preparation and filming of the movie, so Redmayne said he plans on visiting them soon to share the big win.

“I think I will certainly go to Cambridge at some point to see Stephen and Jane. They’ve been so kind to us throughout this process.”

As for the future of the red-hot actor, his plans are very simple, “Staying in employment would make me very happy,” and if this year is any indication that will not be a problem for the award-winning star.