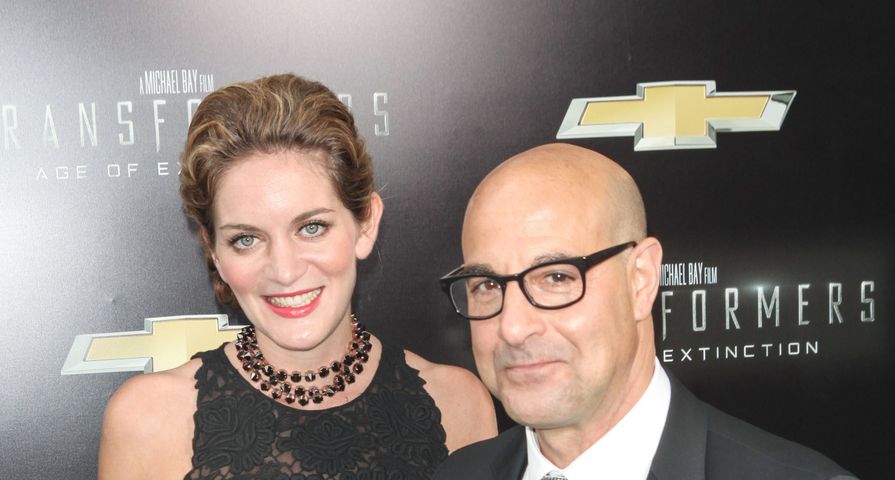 Back in October actor Stanley Tucci, 54, and his wife literary agent Felicity Blunt were happy to confirm that they were expecting their first child together after tying the knot in 2012.

“I’m very excited to be a dad. I’m most excited to have a baby with Felicity and for the baby to be healthy,” he stated and also joked, “The sex is of no concern to me. The sex of the baby, that is.”

On Sunday January 25 he found out the sex when he and Blunt welcomed their new son Matteo Oliver Tucci into the world in London, England.

“I believe he is mine. We are all thrilled to welcome him to this cold, cruel world,” the actor joked to People magazine upon his son’s arrival. Although he did add, “We are thrilled that he is here and healthy.”

Little Matteo is the first child for Blunt but the fourth for Tucci who is already dad to Camilla, 12, and twins Nicolo and Isabel, 14, whom he had with his late wife Kate Spath who passed away in 2009 from breast cancer.

Matteo will also have a cousin around his age as Felicity’s sister Emily Blunt welcomed her daughter Hazel in February 2014 with her husband John Krasinski. Emily was the one who introduced Tucci to her sister after she and Tucci met while co-starring in 2006’s The Devil Wears Prada together.