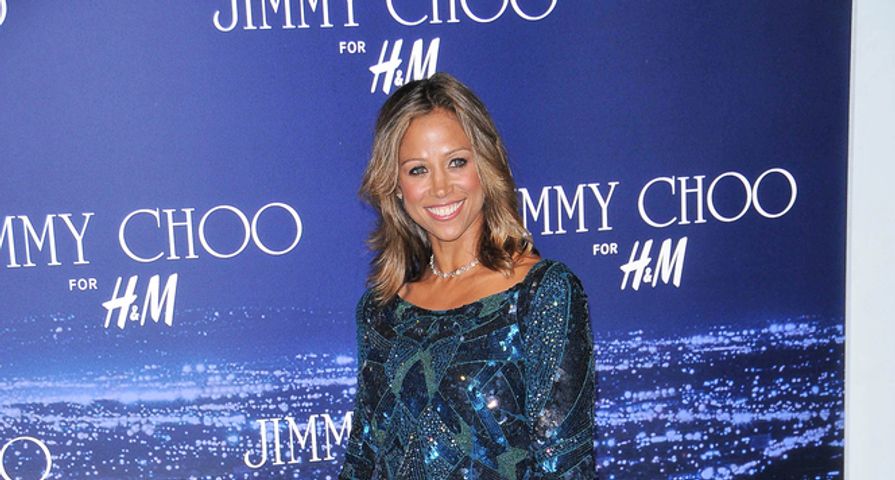 Stacey Dash is no stranger to speaking her mind, even though her comments are often controversial. But in her new book, There Goes My Social Life, the 49-year-old actress opens up for the first time about her difficult past growing up in South Bronx, New York.

In an interview with People, Dash states, “Sometimes my past is extraordinarily heavy. That’s when I scream and cry until I feel like I can breathe again.” Dash is the survivor of child abuse after having been molested at the age of 4 by an acquaintance of her family. Carrying the burden of this trauma, Dash was looking for a way out. At 16, Dash became addicted to cocaine and it nearly took her life. “I couldn’t find happiness,” Dash says. “It got to a point where I didn’t even want to live anymore. The voice in my head was saying, ‘There’s nothing here for you.'”

By her 20s, Dash was living in a physically abusive relationship. Due to her low self-esteem and poor mental health, Dash convinced herself that the abuse was justified. “[P]art of me felt like I deserved it because what I was coming from was no better. I didn’t have an identity. That’s why I fight for women and people in the inner cities today. I want them to know it will get better.”

She also speaks openly about her first pregnancy that almost ended with an abortion. After fleeing from her abuser, Dash started a relationship with singer Christopher Williams and fell pregnant. Still reeling from her previous relationship, Dash contemplated getting an abortion. “When I got pregnant, I was doing a lot of drugs and I didn’t want to live. I wanted to die. I was going to have an abortion. I was crying and I said to God, ‘Please tell me what to do.’ And God told me, ‘Keep your son.’ I ripped the IV out of my arm and I said, ‘I’m keeping my son.'”

Dash’s book also sheds light into some of the questionable comments she’s made in the past. In 2014, Dash criticized President Obama’s social welfare programs and said recipients of the program are “uneducated” and “feel worthless.” Hoping to clarify her comments, Dash states, “When you get stuff for free, you have no self-worth. When you have no self-worth, you become depressed, addicted and either abused or an abuser. This is what perpetuates the cycle of violence in inner cities. We don’t need free stuff. We need opportunities.”

She also responds to her argument that there should no longer be separate programming for African-American/Black communities. “When I say there should not be a BET channel or a Black History Month, I’m saying we deserve more,” says Dash in the interview. “I just hope people understand that I’m not judging; I’m coming from experience.”

Dash’s honesty about her past stems from her intentions to be open with her two children, Austin, 25, and Lola, 12. “The best way to protect my children is to be honest with them,” Dash states. “I let them know that I survived. I’m not a victim. And there is nothing they can’t overcome.”