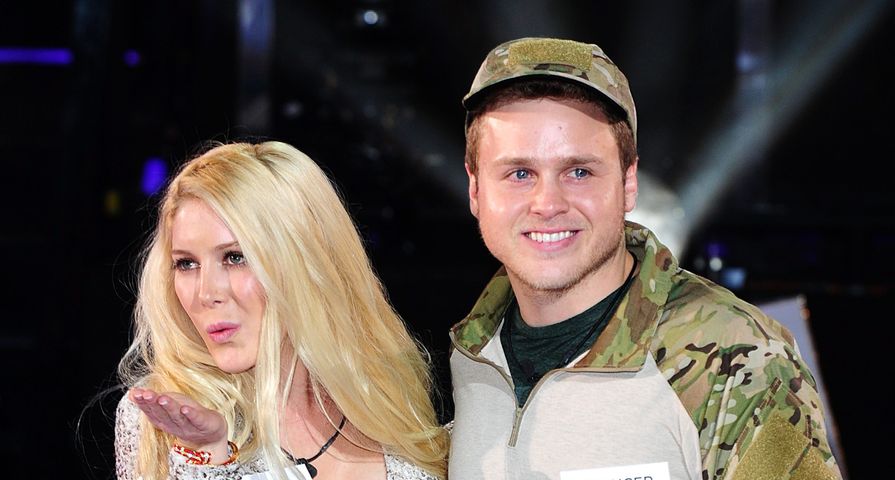 10 Revelations From 'The Hills: That Was Then, This Is Now' Anniversary Special
Press Association

Typically when a pregnant wife reveals that her water broke, the husband’s priority would be to rush her to the hospital as soon as possible, but not for Spencer Pratt!

Heidi Montag’s water broke at around 7:45 am on October 1 and Spencer, her husband of 10 years, first thought to rush outside to tend to his 30 hummingbird feeders. “There was no way our baby was going to come home to a starving hummingbird sanctuary,” he revealed to Us Weekly. “I was like, ‘This is an emergency!’”

His reaction did not sit well with in-labor Montag who also spoke up about the stressful moment. “I tried being patient, but it was getting ridiculous,” she recalled. “I was like, ‘Honey, we have to go!’”

Luckily the duo made it to the hospital and five hours later welcomed their son Gunner Stone. “It was probably the best possible labor,” explained Montag. “I wanted to do it naturally, so I didn’t get an epidural. Spencer had Crystalarium bring $27,000 worth of crystals in there. So literally as my contractions are going, he’s running in, putting these huge crystals all over. It was mayhem!”

Spencer, an avid crystal enthusiast, revealed that he surrounded his wife with amethyst geode which has properties of healing, pink rose quartz to activate love and golden citrine to eliminate stress. “Gunner first saw his beautiful mother and then looked to his left and saw the most beautiful crystals,” explained Pratt.

The most amazing moment however was holding their son for the first time. “I thought, ‘This was the little angel I had been carrying around for nine months! It was surreal,” Montag gushed.