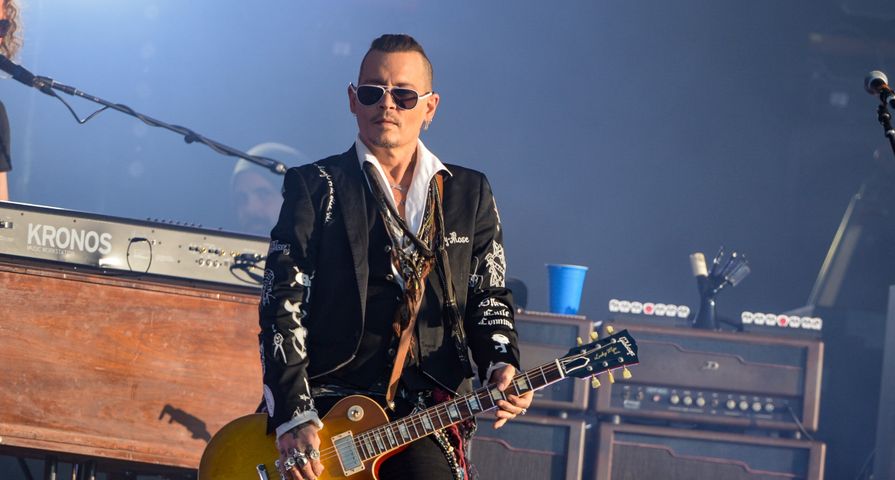 While Johnny Depp and Vanessa Paradis’ daughter Lily-Rose Depp has made her way to the spotlight with acting and modeling in both of the careers of her famous parents, their son John Christopher Depp III, known as Jack, is rarely seen.

Earlier in the week rumors circulated that the 16-year-old was dealing with some health issues after Vanessa Paradis was absent from the premiere of her movie A Knife in the Heart. “Unfortunately, Vanessa Paradis was not able to join us tonight, she had to be absent because of her son’s serious health problems,” the film’s director said at the screening, according to French outlet Public.

While concern for the teen rose, there seems to be some confusion about his status as only days later a source close to the family stated that Jack is “fine and doesn’t have a health issue.”

The news came as Depp was seen leaving his concert with his band the Hollywood Vampires at the Tollwood Festival in Munich on Wednesday, June 27. The band, which includes rock legends Joe Perry of Aerosmith fame, and Alice Cooper, has been touring around the world most recently in Europe with stops in Russia and Germany.

Earlier in the month, concerns about Depp’s health also surfaced as the actor looked shockingly thin and frail while signing autographs outside of the Four Seasons Hotel in St. Petersburg but a source for the actor quickly stated that Depp is “healthy.” Shortly afterward Rolling Stone published and dark and rather depressing profile about the current personal and financial state of the Hollywood megastar revealing that he is currently near financial ruin.