Sony Pulls The Interview After Hacks 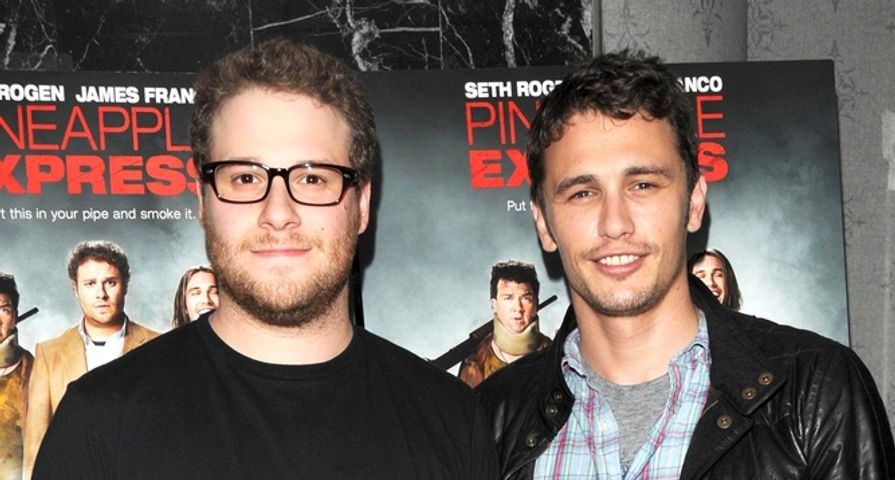 “[We are] deeply saddened at this brazen effort to suppress the distribution of a movie, and in the process do damage to our company.”

Oh. It wasn’t just an effort, Sony. It was a brazen success.

Nobody cares about the damage to your company, Sony, because you didn’t stand up for anything. There was no core value on display. And yes, I’ll stop using “you” when referring to the corporation.

If you’re unfamiliar, Sony has pulled the theatrical release of The Interview, based on the hack job done by what the U.S. government has claimed is a North Korean entity.

Oh yeah. This is much bigger than Sony. This was a slap in the face/a kick in the nuts/an atomic titty-twister to anyone and everyone who believes in free speech, worldwide. No doubt, the film busts on the ego of the North Korean leader, but it’s not like any of his suppressed citizens would ever see it.

Yes, there are things Sony must consider: What if North Korean terrorists did make good on a threat, and physically attacked a theater? But the biggest genuine concern for the folks at Sony is more along the lines of protecting their own ASSets: What if we get hacked again? So, they pulled the film, and set one of the worst precedents of the 21st century.

Here’s an idea: Why didn’t Sony just change the name of the film to something random, like The Love of Another? There was a slim-to-none chance that an act of terror would have been easily carried out at one of the thousands of screens showing the film. But. In this day and age. It’s better to fearful than safe, and safe than sorry.

This is, of course, the mainstream perspective of the incident. We’ll have to wait and see if there is additional conflict with North Korea in the coming years to readdress the Sony hack.

To those of you who were really stoked to get sauced, high or both, then go see The Interview… sorry.