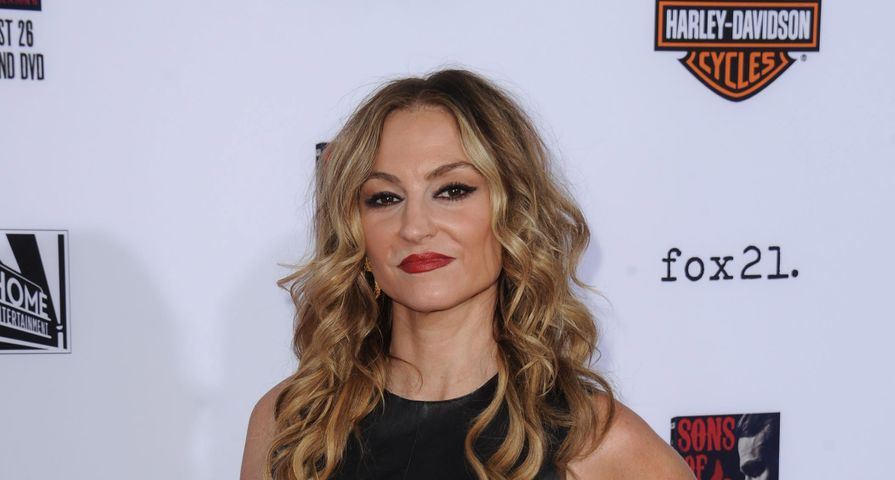 Drea de Matteo and Michael Devin are engaged after the rocker proposed during the band’s concert in Atlantic City, N.J. on Saturday, July 25.

The rock n’ roll engagement was very fitting for the bad-a-s Sopranos and Sons of Anarchy star who was in no way embarrassed by the big and public proposal.

Devin, Whitesnake’s bassist took over the mic halfway through the show, stating, “I fell in love with a very beautiful woman a few years ago, I want to embarrass her as much as I can. I’ve been in love with you since the day I met you and I will for the rest of my life, and I hope that you’ll marry me…I have two questions for you: One, will you make sweet passionate love to me for the rest of my life?”

The 43-year-old actress happily accepted telling Devin, “Forevermore,” referring to the band’s 2011 album of the same name. She then asked him, “Will you love my children forevermore?” to which he shouted, “Yes!” The crowd went wild as the whole thing was caught on camera with de Matteo stating, “I’m going to marry this motherf–ker!”

Matteo’s children, Alabama, 7, and Waylon, 4, also joined the couple. Coincidentally, the children’s father, Shooter Jennings, also proposed to the actress while on stage at the Stanley Center in New York in 2009.

Devin later shared a picture of the happy couple with the caption, “Big Huge Thank You for all the Birthday wishes… And for all the blessings on my engagement to his kitty cat… Much appreciated!”

Big Huge Thank You for all the Birthday wishes… And for all the blessings on my engagement to this kitty cat … Much appreciated!