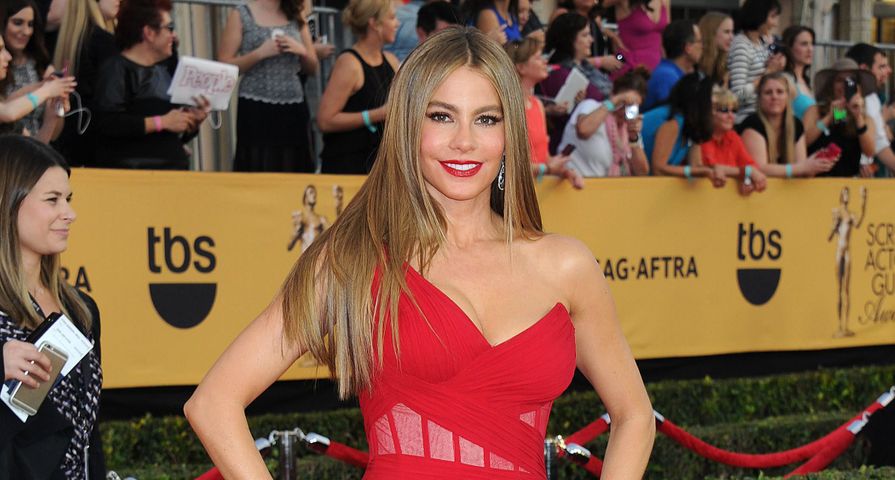 For a couple of weeks Sofia Vergara’s ex-fiancé Nick Loeb has been making headlines for a couple of week after engaging in a legal battle with Vergara to have children using embryos that they had frozen when they were a couple.

While Loeb has even penned an op-ed in the New York Times about his fight over the embryos with Vergara, she has remained relatively silent until now.

Appearing on Good Morning America on Thursday May 7 the Hot Pursuit actress spoke out only to slam the press and Loeb for allowing her personal life to become a story. “I’ve been working very hard for 20 years to get to this point where I am. I promote all my movies, all my work, but I don’t like promoting my private life. And I don’t want to allow this person to take more advantage of my career and try to promote himself and get press for this,” she stated.

She went on to explain that it really is a non-story since they had signed papers that both of them have to consent to having the embryos unfrozen and brought to term and Loeb knows this. “Why is the press allowing somebody to invent things and create press for himself? He’s not an actor. He’s not a celebrity. It’s like, why?”

“This shouldn’t be out there for people to give their opinion when there’s nothing to talk about. There’s papers signed… I don’t understand why the media is allowing a person to try to put me down, and make it like something is happening when nothing is happening.”

Meanwhile Loeb was appearing on the Today show remaining adamant that he will not give up on the embryos being born. “It has nothing to do with whether it’s her baby or a baby. Lives were already created… I wouldn’t toss them aside.”