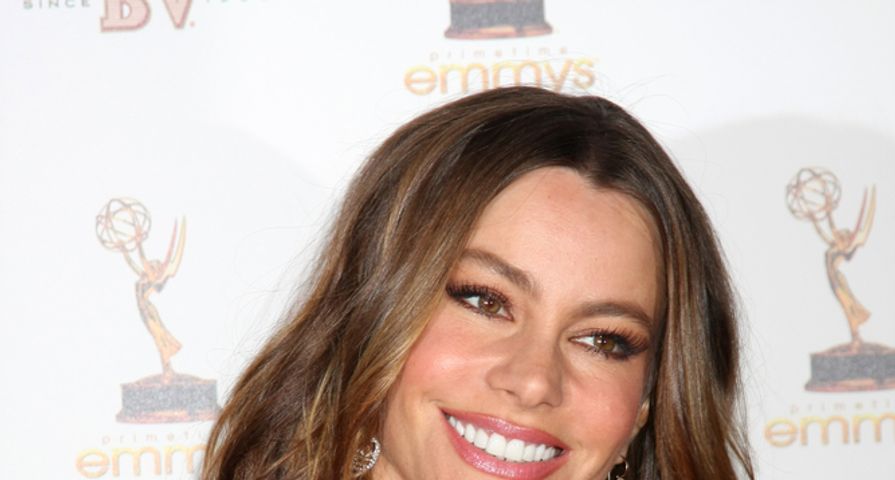 Sofia Vergara is one of the hottest women in the world. Men want to be with her and women want to be her, but like everybody else, her cravings get in the way of her exercise routine.

The Modern Family star will be gracing the cover of Shape magazine for its November issue and she opened up about how she stays looking as fabulous as she does, but not without a struggle.

“I heard about someone in L.A. who got hypnotized so they wouldn’t eat candy. I’m seriously looking into that because I’m obsessed,” Vergara admitted.

The beauty says she has always been happy with herself but it wasn’t until she hit 40 did she start taking her health a little more seriously but wishes she had sooner, “My body is looking better than it used to, but I wish I had worked out more when I was younger and taken it as seriously as I do now,” the now 42 year old stated.

Sofia works with a trainer and also credits her Modern Family costar Julie Bowen with keeping her inspired.

Along with her weakness for sweets, Sofia cannot do exercises that include running and squats because of bad knees. To combat that she uses a machine called a Megaformer which helped her to “figure out what worked for me.”

Sofia is down to earth and doesn’t deprive herself of sweets, just looks at it realistically and goes by the motto: “No pain, no cake!”

Although she didn’t mention boyfriend Joe Manganiello, it is well known he is a huge gym buff and he recently released a book which has inspired and changed many people’s lives, so we guess he has something to do with keeping her inspired with working out as well.