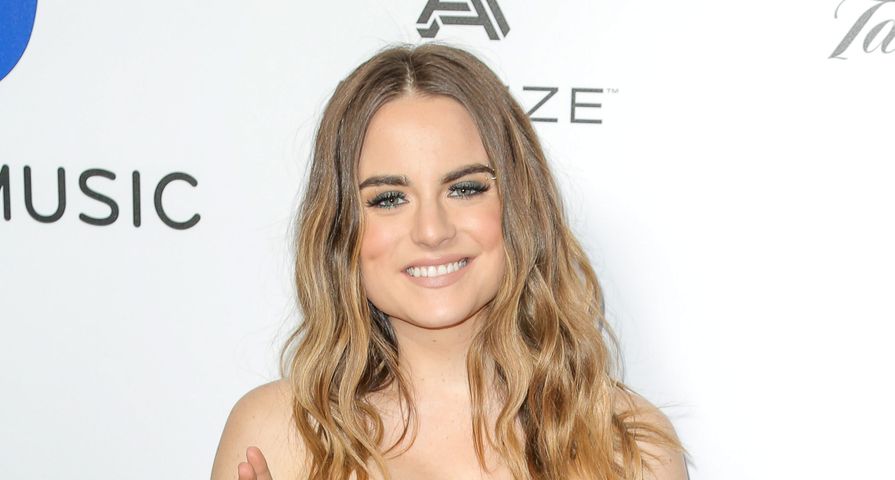 Back in 2004, then 13-year-old singer Joanna “JoJo” Levesque became a breakout star with her major hit song “Leave (Get Out).”

After a couple more hits and two albums, however, she faded away because of a seven-year lawsuit with her label that restricted her from releasing new music. Although she tried her hand in acting, it didn’t take long for JoJo to fall off the radar, until now at 25 years old, she was finally able to release her first full-length album in 10 years, Mad Love.

Unfortunately, her legal battle was just at the surface of the singer’s problems in those years as she is also opening up about her own battles with alcohol, as well as her parents’ lifetime battle with addiction. “Sometimes I feel inadequate; sometimes I feel like I can fall back into depression,’ she told People magazine. “For a while, I coped by drinking too much. I wanted to get out of my mind. I wanted to stop picking myself apart. I just wanted to feel good, to chase that high. I wanted to stop worrying about my career. And when you get out of your mind, when you get to that point when you black out, you don’t give a s–t about anything.”

Through therapy and medication, she is now working hard to get past her struggles. “I wouldn’t say that I’ve moved past them; I’m just finding ways to deal with them more constructively than try and suppress them. Calling them out, owning them and acknowledging that I feel this way – and talking to friends, talking to a therapist and in having outlets through my music – I’m able to cope. It makes me feel not so alone.”

She also revealed that her new album is extremely personal, and includes a lot of very intense moments of her life recently. “I broke up with a boyfriend who was cheating on me, that I was kind of blindsided by. And two weeks later my father passed away. Those events really shifted how I felt, and I wanted to go into the studio and write.” Of her parent’s battle with addiction, she said, “It’s always been a reality in my life, but because of the anonymity of Alcoholics Anonymous, I always felt like it wasn’t appropriate to say that I had grown up in the program – because my parents were in it, and I knew those principals very well.”