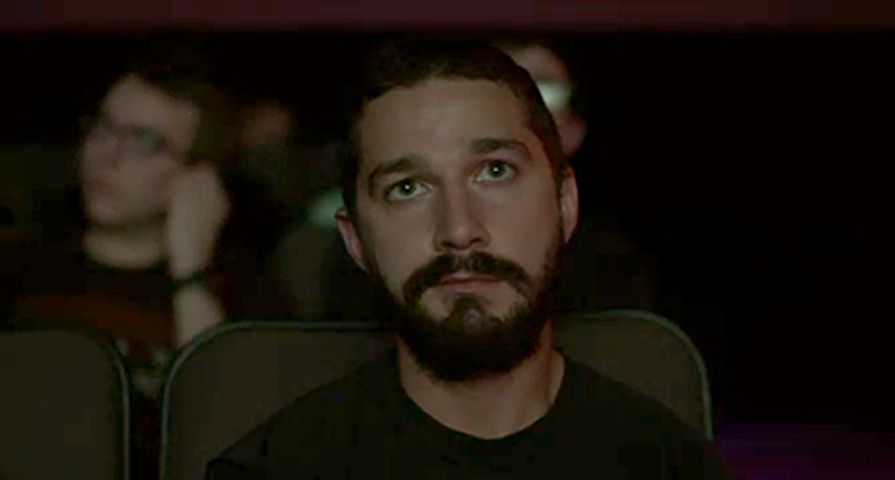 Actor Shia LaBeouf has gotten more and more strange in recent years, and his most recent move is just another on a long list of head scratching decisions.

The 29-year-old has decided to sit down for a marathon of all of his films and is live streaming the experience just in case anyone wanted to watch him watch his own films.

The three day event of watching LaBeouf watch himself is part of a new live-stream project called “#AllMyMovies,” and has the actor watching all of his films in reverse in chronological order which of course near the end will feature the movie many see as his breakout film role, 2003’s Holes.

During the live-stream, viewers just stare at LaBeaouf as he eats popcorn, drinks soda, laughs and reacts to different moments in his movies, all of which began on Tuesday, Nov. 10 at noon at the Angelika Film Center in NYC. Interestingly enough anyone can attend and sit with him as he watches and admission is free as the movies will run for 24 hours a day, although he does stop for bathroom breaks.

People who have gone are sharing their experiences on social media and warning not to share popcorn with the actor with one Twitter user writing, “Was there earlier. Shared both a theater and a restroom with Shia. Dude didn’t even wash his hands.”