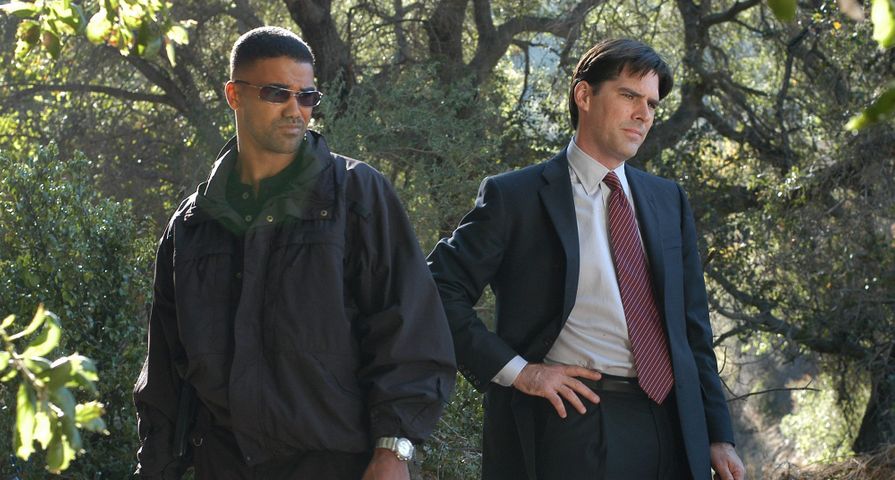 Shemar Moore is trying to clear the air about reports that he allegedly responded to the firing of longtime Criminal Minds co-star Thomas Gibson with a video about karma.

Paparazzi caught up with the 46-year-old actor on Tuesday, August 16, and he stated, “I wish Thomas nothing but the best.” His comments come after Gibson who portrayed Aaron Hotchner on Criminal Minds since its premiere was abruptly fired from the series after he kicked writer Virgil Williams during an argument on set.

After the firing, his longtime co-star Moore, who portrayed Derek Morgan for 11 seasons, posted and then deleted a video in which he talked about karma, and being a good person and having good things come to you, and immediately fans linked it to Gibson being fired. Moore explained that the video was actually about a recent court case he was involved in after a former friend robbed Moore and his company of over $60,000. “They spun that all wrong. It could’ve been [about] the guy from the lawsuit. But mostly it’s about life.”

Most exciting about Moore’s comments to the paparazzi, however, was the fact he is not writing off a possible Criminal Minds comeback! “They didn’t kill me. I always say, ‘The elevator doors closed. They can always open again.'”