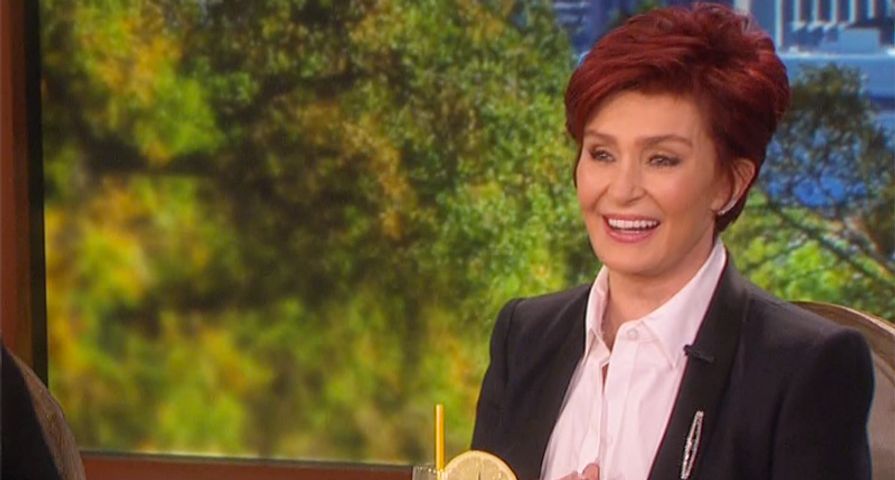 Earlier this week, the media went wild with reports that one of Hollywood’s longest-lasting couples had split, and now Sharon Osbourne is confirming the news.

Reports indicated that after 33 years of marriage, iconic rocker couple Sharon and Ozzy Osbourne had decided to split and Sharon had kicked him out of their home, all amid rumors that she caught him cheating with his hairstylist. Now, on The Talk on Tuesday, May 10, Sharon has spoken out about the split, and didn’t mention anything about cheating, but definitely referenced it.

“I’ve been avoiding looking at any pictures or reading anything. I know what’s going on,” Sharon stated to the audience. “I don’t need to read about it and see about it because it’s like putting salt in a wound. So I don’t need to,” she continued. “I honestly cannot thank people enough for their backing me. For saying they love me. For everybody here at my home, supporting me, sending me messages of love. I honestly am empowered and I have found this inner strength and I’m like right. OK. What’s next?”

Sharon went on to confirm she did kick him out, but then confirmed even more recent reports are also true that he has returned. “He’s back and I’m out of the house,” she revealed. “It’s right for me because I honestly at this point today have no idea what I’m going to be doing with the rest of my life,” she shared. “I don’t know where I’m going, who I’m going with. And I just need time to think. And really think about myself, about what do I really want for … Because I’m 63 years of age and I can’t keep living like this.”

Her words seem to confirm that something happened which has also been helped along by the fact she made a point of carrying out and sipping on a tall glass of lemonade which is seemingly in reference to Beyonce’s Lemonade album about a cheating husband. There are no hints of divorce yet and Sharon simply stated, “I don’t know what I want.”