Shannen Doherty Talks About Her Cancer Battle In Emotional Interview 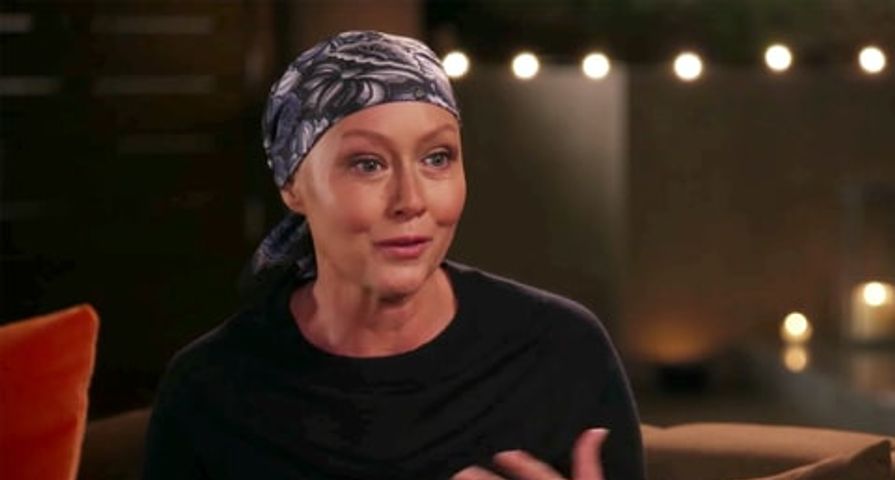 Over the past few months, actress Shannen Doherty has opened up more and more about her difficult battle with breast cancer, and she has not had her first late night interview since her March 2015 diagnosis.

Doherty appeared on Chelsea Handler’s Netflix show, Chelsea, and opened up about what she has learned, how it has impacted her marriage, and her outlook going forward in her fight against the disease. “I think what’s beautiful and hard and interesting about cancer is that it tears you down and builds you, and tears you down and builds you,” she said to Handler. “It remakes you so many different times. The person I thought I was supposed to be or was going to be or who I thought I was six months ago is now somebody completely different. I realize ‘Wow, I really thought that I was so brave and so gracious this entire time and really I was just hiding.'”

Doherty’s battle and words hit close to home for Handler as her own mother passed away from breast cancer in 2006, and it was hard for the host to fight back tears. “This was very hard and not humbling – because I’ve already been humbled by cancer. It was hard in the sense of rethinking sort of who you are and how you come to terms with who you are now and accepting it and looking at your husband and thinking like, ‘Dude, I’m so sorry.'”

When it comes to her marriage to husband Kurt Iswarienko, however, the former Charmed star said if anything it has made her marriage stronger. “My marriage was always strong, but it’s made my marriage a thousand times stronger. I could not have gotten through this without my husband.”