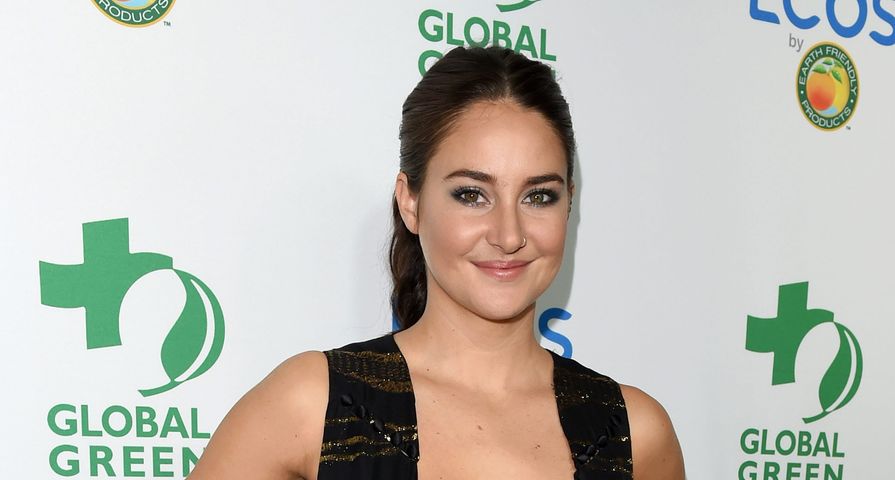 When actress Shailene Woodley isn’t busy fighting for the world in her movies, she is doing so in real life.

The Divergent star was arrested on Monday, October 10 and the Morton County Sheriff’s Department has confirmed it was for criminal trespassing while protesting the Dakota Access Pipeline in Bismarck, North Dakota.

The 24-year-old went on Facebook Live, telling viewers. “I don’t know if you guys just heard me, but I was walking back to my RV, which is right there, so that we can go back to camp peacefully, and [the police] grabbed me by my jacket and said that I was not allowed to continue. And they had giant guns and batons and zip ties, and they’re not letting me go.”

Woodley stayed on Live for nearly two hours during which time a police officer can be heard telling the actress that she is “going to be placed under arrest for criminal trespassing.” “All right, I’m being arrested because I was trespassing like everyone. As soon as you guys asked me to leave, I left. [My friend] was down there, everybody was down there. I’m being arrested. I was down there with everybody else. I don’t know what’s going on. As soon as they came, I left. It’s because I’m well known. It’s because I have 40,000 people watching… I hope you’re watching this mainstream media.”

According to the Sheriff’s Department, Woodley was one of 27 people all arrested “for the same infraction” during the protest which began after a judge rejected the Standing Rock Sioux tribe’s request for a permanent junction to block a $3.8 billion pipeline intended to go on through their land and burial grounds.