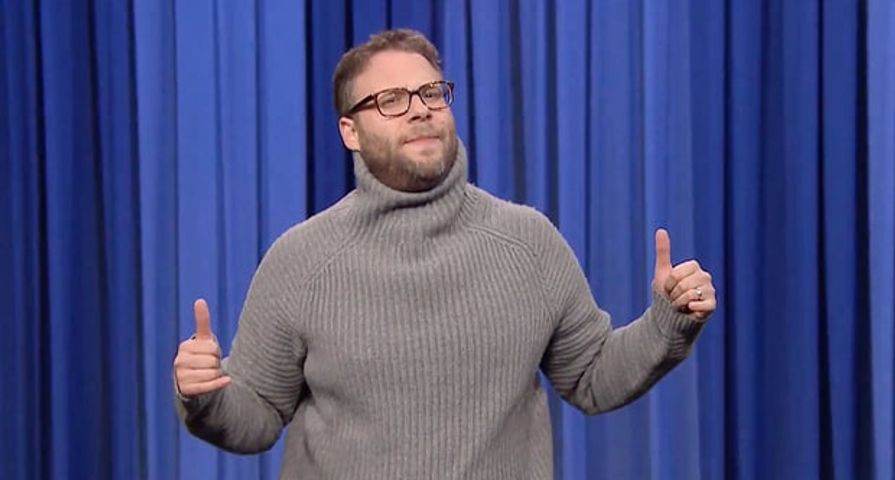 Bold And The Beautiful Stars Who Were Unfairly Fired
Source: NBC

Seth Rogen was full of his Canadian pride while on The Tonight Show with Jimmy Fallon on Friday, August 5.

The hilarious actor paid tribute to his home country in honor of the beginning of the Rio Olympics by choosing to lip sync to another of Canada’s own – Drake. “Ok. all of you guys know that the Summer Olympics kicked off today, and in honor of my beloved home country of Canada, I’m going to perform a legendary track by an amazing artist from the city of Toronto – or The 6, as he calls it,” Rogen told the audience. “He goes by the name of Drake, and this song is ‘Hotline Bling.'”

Along with lip-syncing the catchy track, Rogen did not hesitate to channel Drake’s now infamous dance moves from Hotline Bling’s music video. As hilarious as Drake’s actual music video is, it isn’t surprising that the 34-year-old actor mimicking it was even more funny, and Fallon could hardly keep it together watching Rogen take his turn.

Naturally, the one song let Rogen take the lip-sync battle win, dominating over Fallon’s own choices of “Don’t Mind” by Kent Jones, and “Slam” by Onyx. Before his “Hotline Bling” performance, Rogen honored Fallon’s house band The Roots with a performance of their hit “My Mellow Man.”

Check out the battle below!