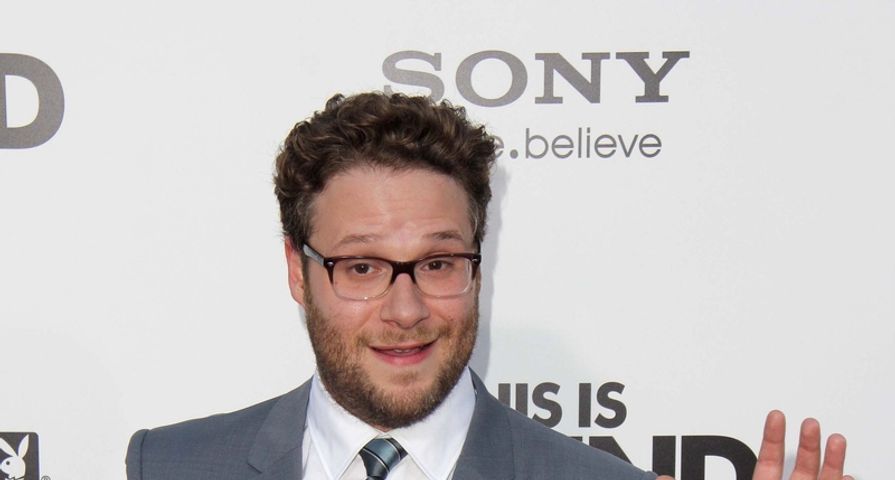 Seth Rogen has responded to the Ann Hornaday critique of shooting suspect Elliott Rodger. It would seem that most would want to back up a criticism of any killer–that is, until the critic connects you and your work to the assailant, suggesting you might have added fuel to the fire.

There is so much to say about all of this. There is so much backhanded blame that is tossed about carelessly, every time there’s a tragedy of this nature. People genuinely believe that this is something that started happening only recently, and that a “gun culture” is to blame, video game culture is to blame, and according to Washington Post film critic, Ann Hornaday, writers, directors and performers such as Judd Apatow and Seth Rogen are to blame.

In truth, we’re all to blame. We live in such a politically correct society that we can’t stand up and call out the bull**** when we step in it. The guns have been around for hundreds of years. Video games have been around for decades. Maybe it’s us–humanity–serving as the variable that has changed.

We entertain the crap, and we plug big money into the crap. People like Elliott Rodger ramp up or close off within their social lives, and people say nothing to them. Holding someone accountable has become taboo. It has a negative connotation in a world where entities like AshleyMadison.com exist. Instead of speaking out, we speak in–talk about these troubled souls behind their back–find entertainment in their oddity, and go about our busy lives.

These shooting incidents of the past five years are merely a scratch on the surface–they’re symptomatic of something far more sinister and sick within our corner of world society–something that has always been, and will always be. It has merely changed forms in regards to its manifestation.

Add to it the fact that we’ve entered an age where people defend themselves, and argue publicly via social media. You can really see how stupid we’ve become. Case in point…

Seth Rogen and Judd Apatow weren’t in the mood to be blamed for any correlation to a delusional killer–who would be? They certainly didn’t like the suggestion that their movies could lead a young, impressionable mindset down a path of sex-crazed entitlement. So, naturally, they took to Twitter to offer their rebuts. Neither asked for an interview with the Washington Post. Neither asked for a discussion segment on any news network. Instead, they tossed out 140 characters. (Well, Seth opted for more like 280.)

Twitter must have been the most efficient manner of keeping a bong in one hand, while pecking away on the iPhone with the other. What do Seth Rogen and Judd Apatow really believe they have to offer society? Some cheap laughs? Sure, both possess the talent to offer a lot more substance to the masses, but why offer such effort when it has become so comfortable to make millions?

Ann Hornaday’s naming names may have been ill-timed and misplaced, but she’s definitely onto something that is bubbling below the surface. It’s the very simple, garbage in, garbage out, principle. She knows this, because her occupation requires her to see it all. The garbage and the good. And she knows we’re far more interested in the garbage than the good. Just look at the box office numbers for further evidence.

No doubt, you want to see what Rogen and Apatow had to say via Twitter. Check out the video below!