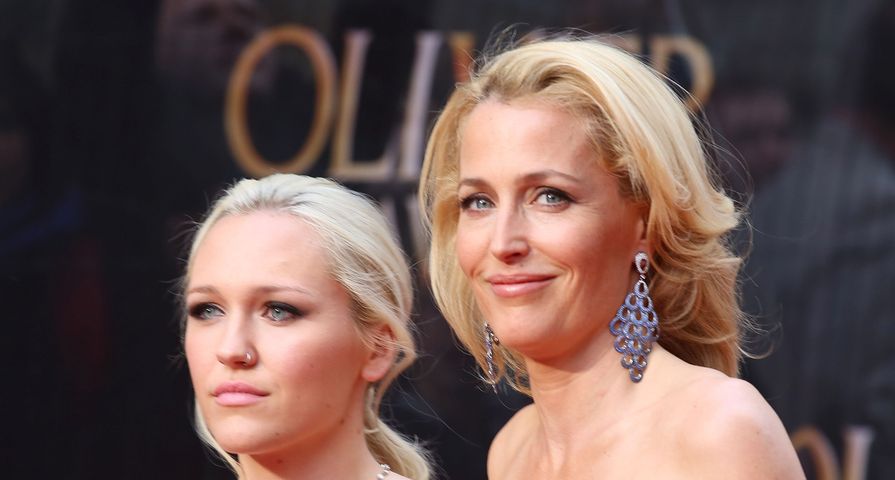 Gillian Anderson has a mini-me!

The 46 year-old star of The Fall and the upcoming X-Files reboot brought her daughter Piper Maru Klotz to the Olivier Awards in London Sunday night, where red carpet onlookers were amazed at how similar the two look.

They both showed off their blonde hair, piercing blue eyes and golden skin. They even dressed similarly, in strapless black gowns.

Piper, 20, accessorized her outfit with more youthful choices, though: Her nose piercing, sexy cutout black sandals and smoky eye makeup added a bit of edge to he red carpet look. Gillian, meanwhile, went a bit more classic with her styling.

Piper is Gillian’s oldest child from her first marriage to Clyde Klotz, who was the assistant art director on The X-Files. Piper also has two half-brothers from another of Gillian’s relationships.

“I have no regrets. But if I were to give advice to my daughter [Piper], which I do, ad nauseam, it’s to make the most of your life before you start,” Gillian said in a 2013 interview.

“I wish I’d been more aware when I was her age of how lucky I was, how many choices I had. I would have looked at all the different potential paths open to me and expanded my world more.”