Scott Eastwood Encourages Others To Help Protect The Ocean 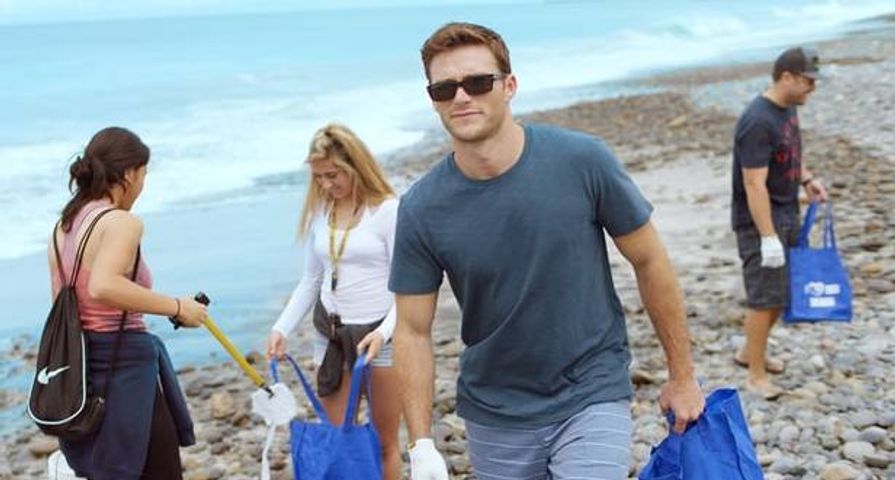 Scott Eastwood is rallying behind an important cause and encourages others to help him in his efforts.

In a new video released to Us Weekly, the 30-year-old Suicide Squad actor is seen working with National Geographic to raise awareness about ocean conservation. As a brand ambassador of Davidoff, Eastwood is involved in the fragrance company’s collaboration with the organization for the “Love the Ocean” campaign.

“Ocean conservation is really important to me because I live by it, and see it on a daily basis,” the son of Clint Eastwood says in the clip. “Plastic and trash — that’s where they end up …The ocean is a giver of life. We can’t ignore this problem.”

Throughout the video, Eastwood is seen working with conservationists and local school groups to pick up litter on the ocean’s coast. “Seeing the damage that all this pollution [and litter] has caused really makes me want to get out there and make a difference,” he says. He encourages people to make an ethical choice and purchase Davidoff’s Cool Water fragrance. “Every bottle of Davidoff Cool Water that you buy, it helps protect 10,000 square meters of ocean,” Eastwood states.

Eastwood also hopes people will become involved in clean-up sessions at the ocean like the one being held in San Diego on July 10. For more information about the “Love the Ocean” campaign, visit Love-the-Ocean.com.

You can view Scott Eastwood’s video about ocean conservation here: