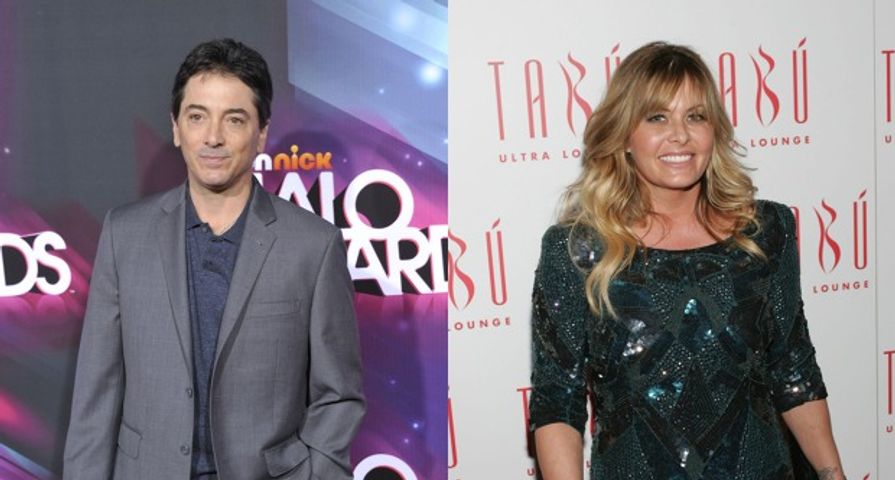 As sexual misconduct scandals continue to come out in Hollywood, over the weekend there was one brought up from the past.

Actress and model Nicole Eggert claimed on Twitter that her former Charles in Charge co-star Scott Baio acted inappropriately toward her when she was a minor. It all began when Eggert responded to an unrelated tweet about Baio with, “ask @scottbaio what happened in his garage at his house when I was a minor.” Adding, “Creep.” She went on to explain in different tweets that the inappropriate behavior from Baio “started when I was 14.”

It didn’t take long for both Baio and his wife to respond with Renee Baio, writing, “@NicoleEggert @ScottBaio Scott’s legal team has served u more than 2 cease & desist letter, 1u pretended 2B a Nanny & @Dr.Oz killed ur show!”

Baio himself then took to Facebook Live with his proof that Eggert’s claims weren’t true. “Nicole is making up these claims about me,” Baio said. He claimed that Eggert had previously stated that the two had sex “way, way after Charles in Charge was off the air” but showed a copy of an episode script page that was dated from 1990, when Eggert would have been 18, according to her IMDB profile.” Eggert had claimed years before that she had lost her virginity to Baio when she was still a minor and was 17.

“I was a virgin until I was 17, almost 18 years old,” she continued, claiming that she decided to lose her virginity to the actor because she was dating another guy at the time and no longer wanted to be a virgin.

“I was embarrassed I was a virgin, so I needed someone to pop the cherry and make me a veteran,” she said.

Baio, however, maintains that while they did have sex it wasn’t until she was an adult.

Baio also added on Facebook that he had a link from his lawyers to the Dr. Oz Show which outlined the “proof” that Eggert was lying and proved the pair didn’t have sex until Charles in Charge stopped airing and that she was 18 during the filming of the final season.

“When Nicole started tweeting about this again late last year, shortly after the major stories broke about sexual harassment in entertainment, my attorneys sent her and Alex Polinsky a letter advising and requesting that they take their allegations to law enforcement for a full investigation,” claimed Baio. “They have refused to do so.”

He continued, “Given her years long history of making claims of underage sex, why has she never mentioned this until her primary claim was proven wrong? Why is she unwilling to go to law enforcement with her claims? Is it not clear that this new story is just another false claim to distract you from her earlier lies?”