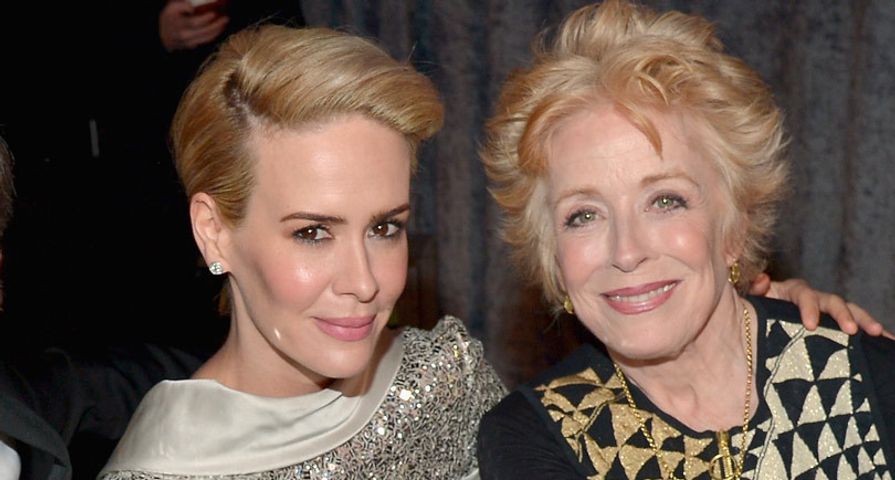 It has been rumored for quite awhile now that actresses Sarah Paulson, 41, and Holland Taylor, 71, have been in a relationship stemming from December 2015 when Taylor admitted that she was in a relationship with a woman and added it was the “most wonderful and extraordinary thing.”

Now, Paulson has confirmed their relationship status in a candid interview with the New York Times, in which she did not shy away from questions regarding her personal life. “If my life choices had to be predicated based on what was expected of me from a community on either side, that’s going to make me feel really straitjacketed, and I don’t want to feel that. What I can say absolutely is that I am in love, and that person happens to be Holland Taylor.”

According to the American Horror Story actress, she first met Taylor, who is well known for her recent role on Two and a Half Men, about 10 years ago at a dinner, and even though at the time Paulson was in a relationship with someone else she thought that Taylor was “probably the most exquisitely beautiful woman I’d ever seen.” She also revealed that they ran into each other years later which has developed into the relationship they have now, adding that they have now been together for a little more than a year.