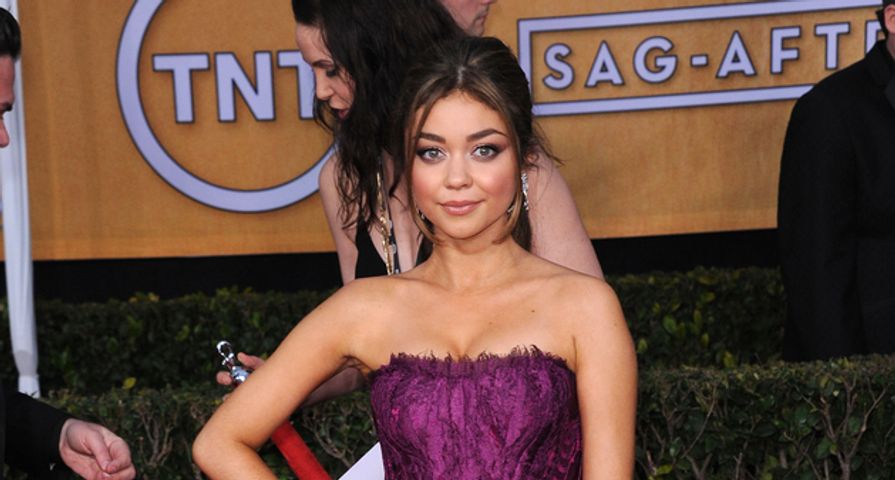 Earlier in September, Hyland was granted a temporary restraining order which was then upgraded to a permanent three year restraining order after revealing Prokop had been abusive for their entire relationship.

After she broke up with him he went on a tyraid, leaving voice mails and even threatening to kill her dog.

The star, however, is not letting the drama bring her down, she was seen September 26, out with friends at the Teen Vogue Young Hollywood Party, having a good time.

She also attended the ASPCA Celebrate Pet Adoption event on Tuesday October, 21 in NYC, speaking out for all the pets waiting to be adopted and talking about her love for her own furry friend.

Her ability to move on and deal with such a stressful personal time in her life is credited in large part to her Modern Family co-stars, whom she considers family.

“In every aspect of life they’re the best for me. We’re always there for each other. And it’s wonderful. I love them,” Hyland stated of her on-screen family.

As well as having support and a connection with all of her co-stars, her on-screen mom, Julie Bowen, played a key role in Hyland ending her abusive relationship.

Bowen went with Sarah to have the conversation with him in order to maintain peace and support Sarah in breaking ties with Prokop.