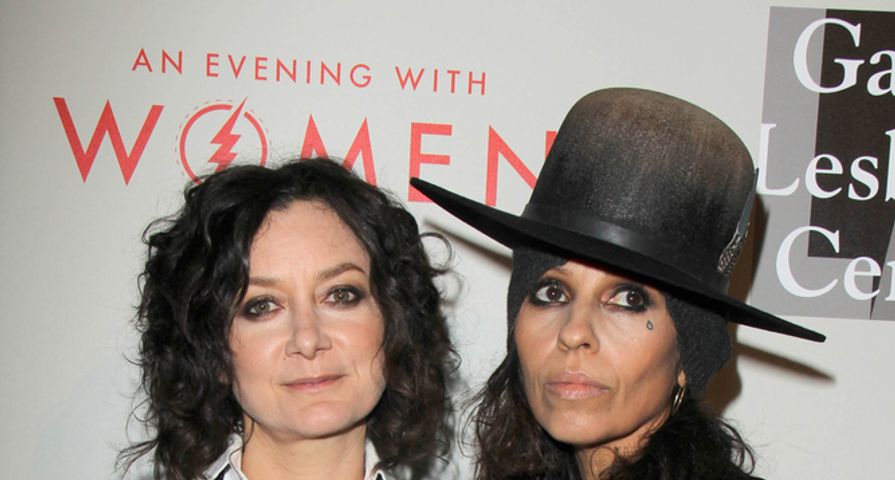 Everyone has been on baby watch with The Talk co-host Sara Gilbert, 40, has her burgeoning baby belly was showing all the signs of being ready to pop and sure enough she and wife Linda Perry welcomed their new baby on Saturday February 28.

Gilbert delivered a healthy baby boy, whom they named Rhodes Emilio Gilbert, the first child for the couple, and fellow The Talk host Julie Chen made the big announcement on Monday’s (March 2) show.

“Our very own Sara and her wife Linda are the proud parents of a new baby boy and both mother and child are doing well,” Chen happily stated on the show while Sharon Osbourne held up the first picture of the adorable little boy.

Gilbert first announced her pregnancy while on the show back in September during a week in which the hosts were supposed to face their fears and do courageous things with Gilbert supposed to have a cinder block dropped on her stomach while lying on a bed of nails.

“Before we go I just want to say I’m actually not going to do the dare. I was scared to do it and I really believe in facing your fears, but I actually can’t do the dare because I’m pregnant!”

Rhodes is the first child for the couple and the first for the musician Perry, 49, but he is the third for Gilbert who has a son Levi, 10, and daughter Sawyer, 7, with her ex Alison Adler.