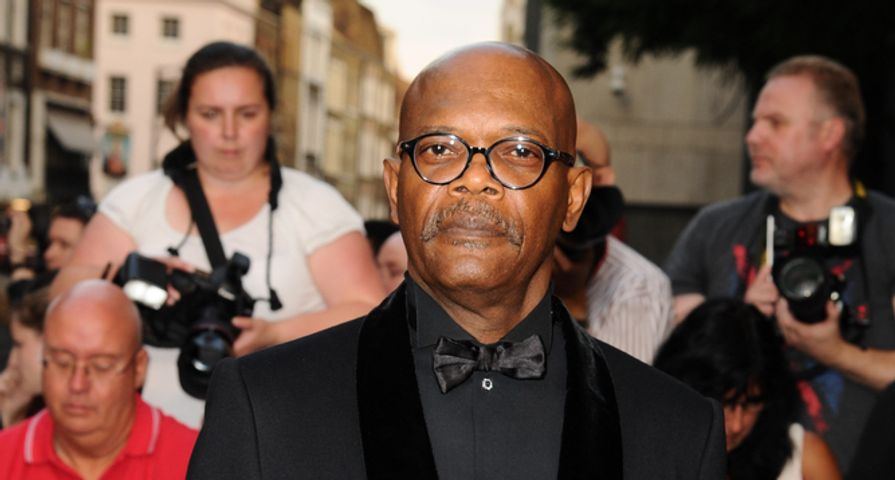 OK. Maybe Sam Jackson didn’t really eviscerate Sam Rubin, but he did run him through the ringer, and offered a smile-laden lecture on the difference between the two black actors. A little bit goes a long way when watching an interview like this. And honestly, there wasn’t a whole lot of interviewing going down. Debacle is a better word to describe it. It begins with awkwardness, and continues with embarrassment, followed by an on-air shaming… and if Sam Rubin didn’t have so much makeup on, probably a serious blushing.

Yes, it was supposed to be an interview allowing Samuel L. Jackson more opportunity to promote the reboot of RoboCop, but that didn’t last long once Rubin began his line of questioning by asking about a Super Bowl commercial that Jackson didn’t appear in. It was all… downhill… from there.

The two eventually laughed it off, Jackson slightly perturbed (but when is he not?), and they got back to RoboCop. Rubin’s frustration came later, once TMZ took a shot at their fellow fluff journalist, and blew all of this out of proportion. Is it good for a laugh? Sure. Is it really a big deal? No.

No doubt, Rubin was given some poor information at the studio, probably didn’t watch the Super Bowl, and didn’t give two craps about fact checking for himself. It happens.

Check out the video below, and see Jackson turn the screws.