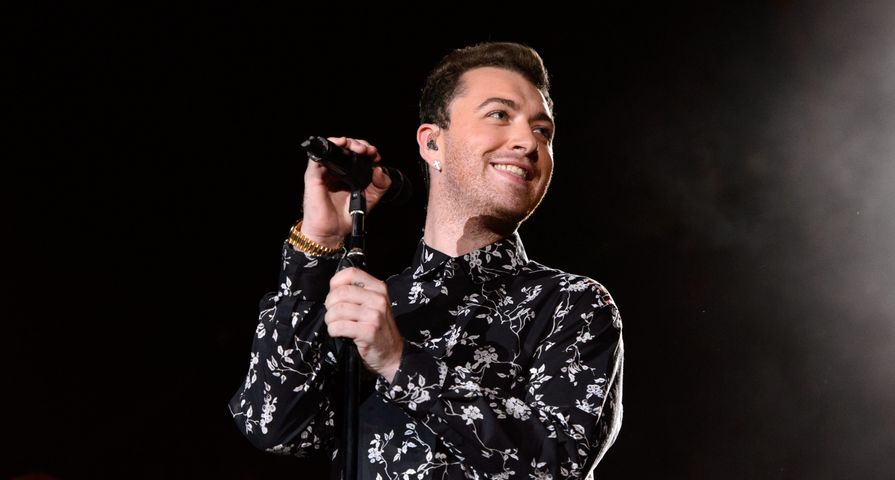 The new Bond film, Spectre, is already receiving lots of hype ahead of its November 2015 release and, after a period of misdirection, Albert R. Broccoli’s EON Productions, Metro-Goldwyn-Mayer Studios and Sony Pictures Entertainment announced Sam Smith will be the voice behind the latest Bond theme song.

The 23-year-old British superstar will be singing, “Writing’s on the Wall,” which was confirmed after he teased fans via his social media by posting a photo of himself wearing a SPECTRE ring.

On Tuesday, September 8, the Grammy-winning artist confirmed, “This is one of the highlights of my career. I am honored to finally announce that I will be singing the next Bond theme song.” He also added, “I am so excited to be a part of this iconic British legacy and join an incredible line up of some of my biggest musical inspirations. I hope you all enjoy the song as much as I enjoyed making it.”

The singer has been misleading the media about his involvement in the franchise all year after stating earlier in the summer he heard Ellie Goulding would be singing the song and very recently said on British radio that he was “definitely not” the singer for Spectre’s theme song.

“Sam and Jimmy have written the most inspirational song for Spectre and with Sam’s extraordinary vocal performance, ‘Writing’s on the Wall’ will surely be considered one of the greatest Bond songs of all time,” the film’s producers Michael G. Wilson and Barbara Broccoli said in a statement.