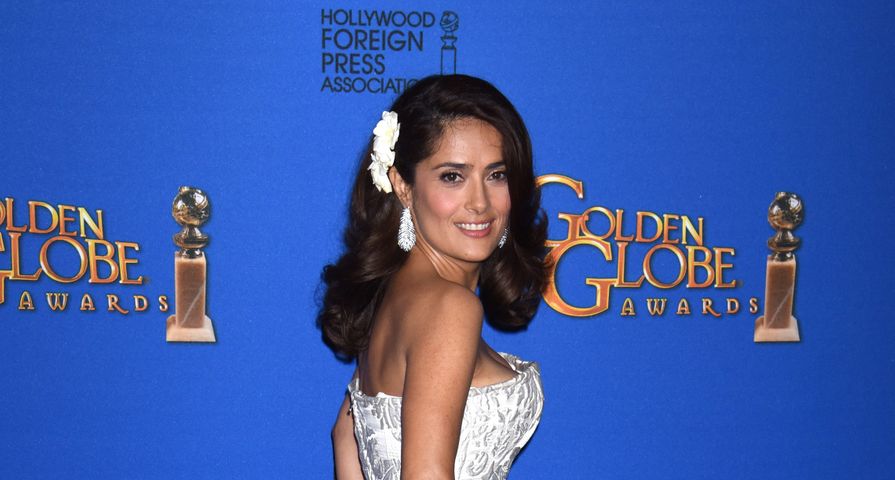 Actress Salma Hayek has been staking her claim in Hollywood since the late ’80s and is always referred to as gorgeous and strong, with many women being envious of her flawless skin, hair, and figure but, as it turns out, she feels a little different.

At 48-years old Hayek looks stunning posing for Net – A- Porter’s The Edit but tells the magazine that both her age and figure could possibly be limiting the amount of roles she receives in the industry.

“You will see some of the best work of my life, this year, because I’ve had the opportunity, because [the directors] gave me the roles,” she says of what we can be excited to see from the Mexican actress.

“If you think about it, I’m limited by the way I talk and by the way I look. I’m 48 years old. Amazing, talented people [stop finding work] at 32, 33, 34 sometimes! Also, for those who have never seen me in person… I’m quite short. I have an overly..wavy body. I’m not like the girl next door who is easy to cast. I don’t fit into any of the stereotypes of a woman that should continue to work.”

It might seem like the stunning star is being a little too critical of herself, but she also did say she feels better at 48 than ever before.

“I never excercised my whole life, but now I do yoga. I was always borderline chubby, because I like my food and, frankly, I like my wine. I have to say, I’m pushing 50 but I feel great. I looked worse in my youth! I’m in good shape right now.”

Apart from an exciting year ahead professionally, Hayek is also doing pretty well personally as mother to Valentina, 8, and gushes about her husband, CEO billionaire Francois-Henri Pinault, saying happiness comes with “finding the right guy.” “That is the key, and it’s so hard because there are so few of them. It’s very important that they support you. They should never make you feel bad or insecure. What’s important in a marriage is generosity, thoughtfulness, thinking of the other person all the time… Spend quality time together. And don’t forget over the years.”