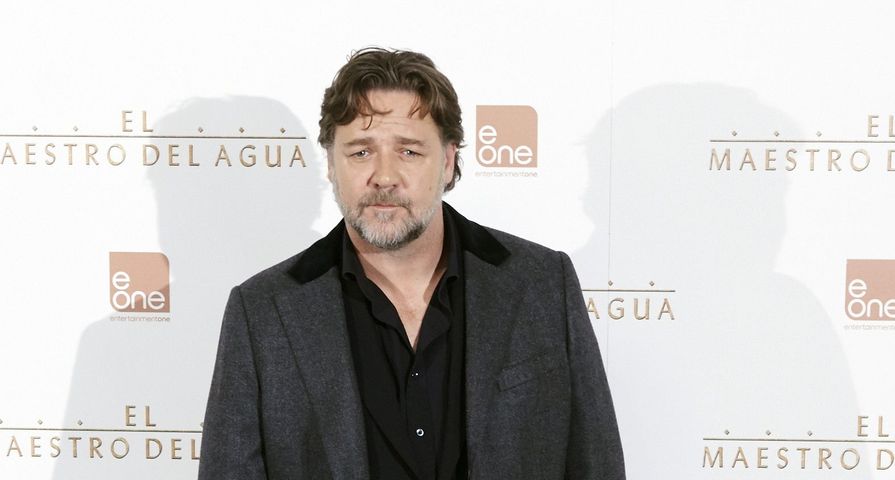 Ashton Kutcher has been lulled into a false sense of security as the best celebrity prankster because, as it turns out, the King of Pop himself had been harassing fellow celebrities for years. In a new interview with U.K’s The Guardian, actor Russell Crowe, 50, claims that Michael Jackson used to prank call him “for two or three f–ing years.”

“I never met him, never shook his hand, but he found out the name I stayed in hotels under, so it didn’t matter where I was, he’d ring up do this kind of thing, like you did when you were 10, you know. ‘Is Mr. Wall there? Is Mrs. Wall there? Are there any Walls there? Then what’s holding the roof up? Ha ha.'”

While Jackson was clearly fond of his little jokes, Crowe was kind of confused and seemingly not amused, adding, “You’re supposed to grow out of doing that, right?” however, he was dealing with a man who named his estate Neverland Ranch in reference to the boy who never grew up, Peter Pan.

While also revealing his bizarre ‘friendship’ with Michael Jackson, Crowe also touched upon being an apparent target of Al-Qaeda back in 2001. “I still really don’t know to this day what the f–k that was all about,” he said of the strange alleged plot.

Although that drama is far behind him, Crowe definitely ruffled a few feathers recently when he said older actresses in Hollywood need to “act their age,” a comment he says got blown out of proportion.

“I’m just saying: be comfortable in your own skin. Sure, you know, if you’re lucky enough you get to be the ingenue, but then at a certain point, you’re the dowager. But enjoy playing that role too.”