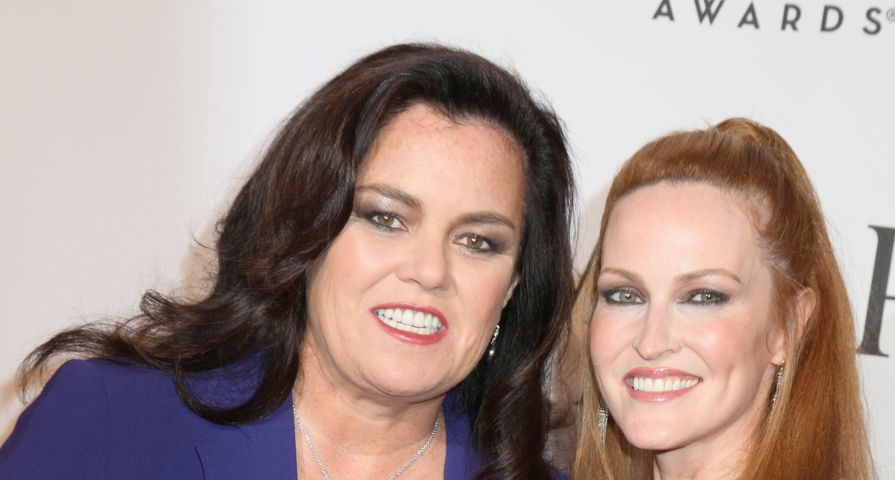 News that Rosie O’Donnell’s daughter Chelsea Alliegro is pregnant came just a week after Rosie’s ex Michelle Rounds was announced dead due to an alleged suicide, and Rosie definitely has something to say about it!

Hours after Chelsea revealed she was pregnant and did not want her child to have a relationship with her mother, the former The View host took to Twitter to bring her daughter’s alleged motivation to light. O’Donnell posted a series of late night tweets and videos of Chelsea as a young girl in what seemed to be a mental breakdown. O’Donnell shared a video of her youngest daughter, 4-year old Dakota, playing with a dog while Chelsea, 20, sat on a chair. She captioned the photo, “A dog u gave away ur sister on ur birthday last year same same same chilly my plaid U want no part of me Stop doing interviews kid.”

She continued to post various family home videos and sending out cryptic messages in the caption of each one. In another tweet, O’Donnell accused her daughter of making money from her ex wife Michelle Rounds’ death and wrote, “we have been here before Chelsea/ u wanna go a few rounds in public seems so,” adding, “Michelle’s death = money 4 Chelsea.”

Chelsea opened up to the Daily Mail about the pregnancy on Tuesday and revealed, “It’s very exciting and I’m looking forward to it.” She added, “Rosie will not be in my child’s life and no, I do not feel sad about that to be honest.”

Chelsea and O’Donnell have had an estranged relationship for many years and in 2015, Chelsea left home at the age of 17 only to be found a week later at a boyfriend’s house. Chelsea then spoke out by claiming her mother had kicked her out and denied accusations that she is mentally ill.