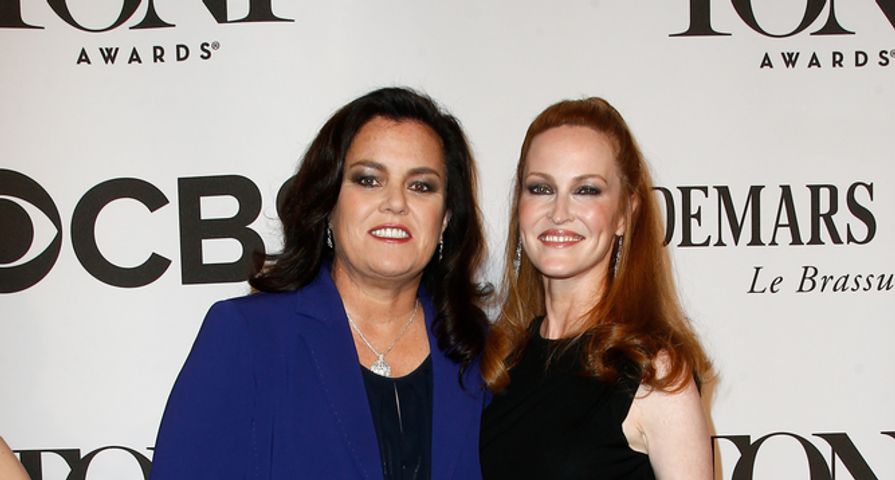 On Friday February 6, Rosie O’Donnell, 52, dropped two huge bombshells all in one statement, shocking fans of the famed comedienne as they got a glimpse into her tough personal life.

“I can confirm that Rosie and her wife Michelle split in November,” her rep stated on Friday. “Rosie has teens and an infant at home that need her attention. This has been a very stressful situation. She is putting her personal health and family first. ABC has been wonderfully understanding and supportive of her personal decision to leave The View. Next week will be her last.”

O’Donnell and Michelle Rounds were married in June 2012 and only a few months later O’Donnell suffered a heart attack, which prompted her documentary film, A Heartfelt Stand Up, which premièred at the Athena Film Festival in New York over the weekend.

With a lot happening over the weekend for The View host, the whole thing was strangely avoided on her first show back on Monday February 9 although the opportunity to discuss it was there.

Whoopi Golderbeg opened it all up by stating, “You had a big weekend this weekend Rosie?” but O’Donnell instead chose to focus on her film première and heart health.

While she has been careful since her heart attack she also acknowledged that part of her reasoning behind leaving The View this time is due to her health. “[My health] got a little bit worse right before the holidays,” she stated at the Film Festival this weekend, but as mentioned she also needs to be home for children, four of which she had with ex Kelli Carpenter and her new baby girl, Dakota, whom she adopted with Michelle.

Also Check Out: 5 Celebrities Who Have Survived Heart Attacks