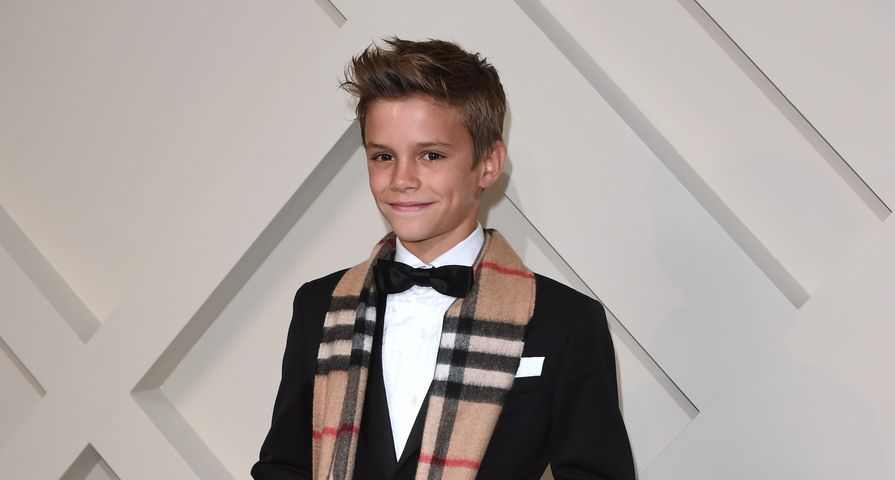 Soap Opera Characters Who Will Come Back To Life In 2021
Burberry Festive Campaign, London, Britain – 03 Nov 2014

The 12 year-old looked dapper as he attended the London launch of Burberry’s new Festive Campaign, for which he models. Romeo wore a classic black suit, white button down shirt, black bow tie with Burberry’s classic taupe plaid scarf as an accessory. He was also seen rocking a black trench coat.

His parents Victoria, 40, and David, 39, stood proudly by his side and smiled for the camera. David went for a sexy, monochromatic black look, while Victoria rocked a short black dress, sky-high black pumps and a black peacoat. Perhaps the family that wears black together stays together?

Romeo, who has spiky blonde sandy hair, is an old pro at modeling by now; he signed with Burberry back in 2012 and shot a campaign alongside Cara Delevingne.

His newest campaign involves showing off his dance moves in the brand’s newly released video, “From London to Love.”

Some speculate that Romeo might be too young for the world of modeling, but it’s clear that he’s a natural when it comes to following in his parents’ footsteps. He also looks to be having a ton of fun!

Time will tell if Romeo’s siblings Brooklyn, Cruz and Harper will also step into the limelight.