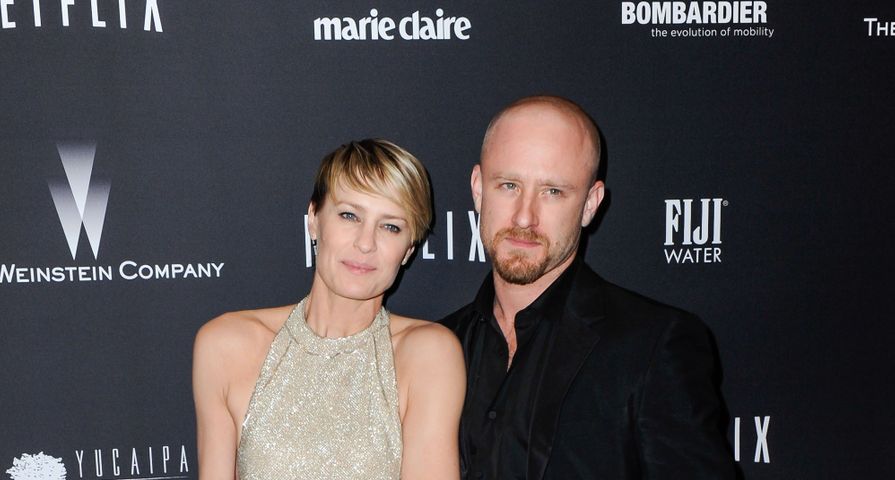 After a ten month engagement, actress Robin Wright, 48, has called off the whole thing with fiancé Ben Foster, 34, multiple sources have told Us Weekly.

Apparently there were many factors in the ending of the engagement including really busy careers for both Wright and Foster.

“She got swept up in the engagement last Christmas, but then their schedules got crazy and she realized it wasn’t the right decision.”

As well as House of Cards and a film on her part, Foster also has two films in post-production and one that is currently filming as well as a production of A Streetcar Named Desire placing him in London with her in Baltimore and L.A., making it difficult for the two to spend time together.

Another problem in the relationship seemed to be the considerable age gap of 14 years between the two.

“The gap just ended up being too much. Ben was kind of immature. She couldn’t deal with him anymore,” a source stated.

Wright and Foster first met on the set of the 2011 film Rampart and began dating soon after before announcing their engagement in January 2014.

Wright was previously married to Dane Witherspoon and Sean Penn with whom she has two children, Dylan France, 23, and Hopper Jack, 21.