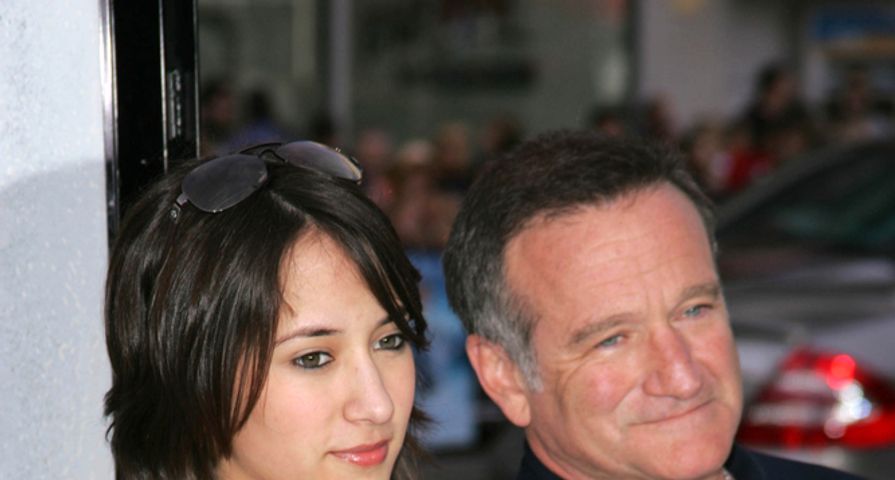 Zelda Williams has suspended her Twitter and Instagram accounts after a few Internet trolls tossed hateful, and unnecessarily cruel comments and photos in her direction.

There are egotistical jerks who bully, and then there are bullies who make the jerks look like Mother Teresa. The jerks are rude, pushy, self-centered, often loathe themselves at their core and engage in bullying behavior…but there’s hope for improvement–for self-betterment. Then there are bullies who have no agenda other than making life as miserable for everyone else as it is for them, or even worse, they have subscribed to a belief that there is genuine pleasure in causing others pain.

A few rogue Internet douche bags went after Zelda Williams not even 24 hours after the passing of her father, Robin. Yes, the positive comments, and the warmth from friends, fans and strangers greatly outnumbered the negativity, but it was the vile, hateful nature of some comments that made Zelda realize that it was time for a social media break.

The catalyst is sad and unfortunate, but the result will hopefully be positive. Taking some time away from the social media platforms will be beneficial for reflection, as well as personal growth for Zelda. And who knows… maybe people will follow Zelda’s lead. It’d be nice if a few others would put down the smartphone, and lift up their gaze to really notice what’s going on around them, and more importantly who is on this crazy life journey with them.

As for the d-bags who were spitting hate via the Internet: Your day is coming. Laugh it up until you’re slapped with a lawsuit for some  law you didn’t know really existed. For the rest of us, that day can’t come soon enough. And for Zelda, the Williams family, and extended friends, we continue to offer our condolences.

Also Check Out: 10 Things You Didn’t Know About Robin Williams!