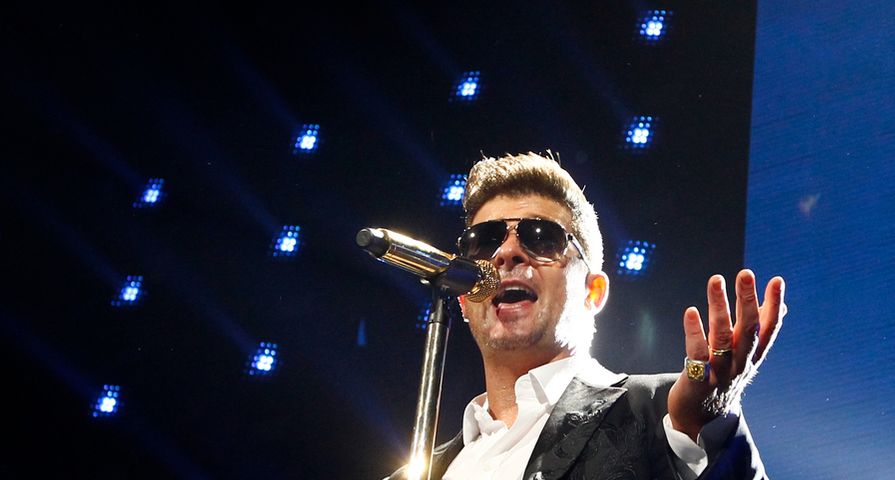 It all may have started because of “Blurred Lines” but the court’s ruling could not be any more clear when it comes to a lawsuit between Robin Thicke and Pharrell Williams and the family of iconic soul singer Marvin Gaye.

Gaye’s children claimed that the hit 2013 song “Blurred Lines” penned mostly by Williams and performed by himself, Thicke and rapper T.I. is an infringement of their father’s 1977 song “Got to Give It Up.”

After a dramatic court process that included Thicke performing songs in court and Williams giving a long and heartfelt testimony in which he stated that “it was feel; not infringement. This [court] is the last place I want to be right now. The last thing you want as a creator is to take something of someone else’s when you love him.”

His words and Thicke’s performances were not enough however as they were ordered to pay Gaye’s family $7.3 million after a jury ruled that their song did in fact rip off the older song.

Afterwards Gaye’s daughter Nona stated, “Right now, I feel free. Free from… Pharrell Williams and Robin Thicke’s chains what they tried to keep on us and the lies that were told.”

A representative for Williams also released a statement: “While we respect the judicial process, we are extremely disappointed in the ruling made today, which sets a horrible precedent for music and creativity going forward. Pharrell created ‘Blurred Lines’ from his heart, mind and soul and the song was not taken from anyone or anywhere else. We are reviewing the decision, considering our options and you will more from us soon about this matter.”