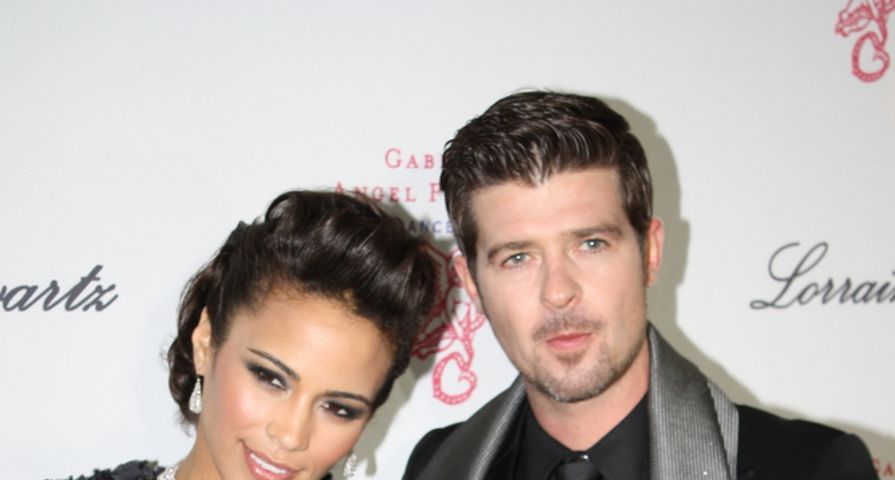 After a relationship that began all the way back in high school, it is over for Robin Thicke, 38, and Paula Patton, 39, who are now have been granted their divorce less than six months after Patton first filed. The two first separated over a year ago in February 2014 calling the split mutual following some antics from Thicke all stemming from the success of his 2013 hit song “Blurred Lines.”

Eight months later Patton filed the divorce papers citing the usual irreconcible differences after nine years of marriage and one child, Julian, now 4, who they share joint custody of. “We will always love each other and be best friends; however, we have mutually decided to separate at this time,” they said in a joint statement at the time of the split.

Thicke desperately tried to keep Patton from leaving him and even titled his album Paula, dedicating the songs to her although his attempts did not work, and now it is definite that he will not be getting her back as the divorce will be finalized mid-April.

Since then, Thicke has already been linked to 19-year old model April Geary. And while Patton has stayed relatively out of the spotlight she recently updated everyone on her life since leaving her now ex-husband.

“I’m doing really well. I mean, the honest truth, it has been challenging, but it’s been a year of growth, learning about all new things. My son is happy and I’m very — you know, I feel like everything happens for a reason. And you have to move on and grow from there.”

It just so happens as well that Thicke recently paid the price for his hit tune after he and Pharrell Williams were ordered to pay $7.4 million to the family of Marvin Gaye for infringement of his hit “Got to Give It Up.”