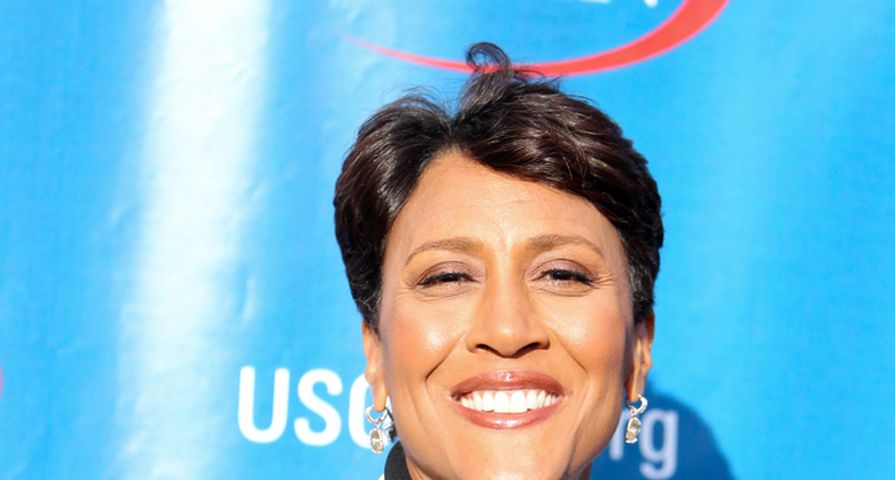 In a post on her Facebook page, the 53 year-old reflected upon the year, saying that she’s grateful for God, family, doctors, nurses, health and her “longtime girlfriend, Amber.”

Everyone at ABC says they’ve known about Robin’s relationship with Amber, a massage therapist from the San Francisco area, for a long time — but this is the first time Robin has talked in a public forum about being a lesbian or having a girlfriend. Check out the video to see more about the couple and their relationship!

Robin returned to GMA in February after medical leave. She suffers from a rare blood disorder, MDS, and also previously battled breast cancer.

Robin isn’t the first national news anchor to come out. CNN’s Anderson Cooper and Don Lemon also recently came out publicly, and were met with largely supportive audiences. Since GMA is the number one national morning news program, Robin has the opportunity to be influential in a media sphere that still includes harsh anti-gay views.

For example, Duck Dynasty cast member Phil Robertson is back on A&E after the network briefly suspended him for making homophobic and racist remarks in an interview with GQ.

Check Out the Video to See Robins Message to Her Fans: