Robert Durst Arrested On Murder Charges Ahead Of ‘The Jinx’ Finale 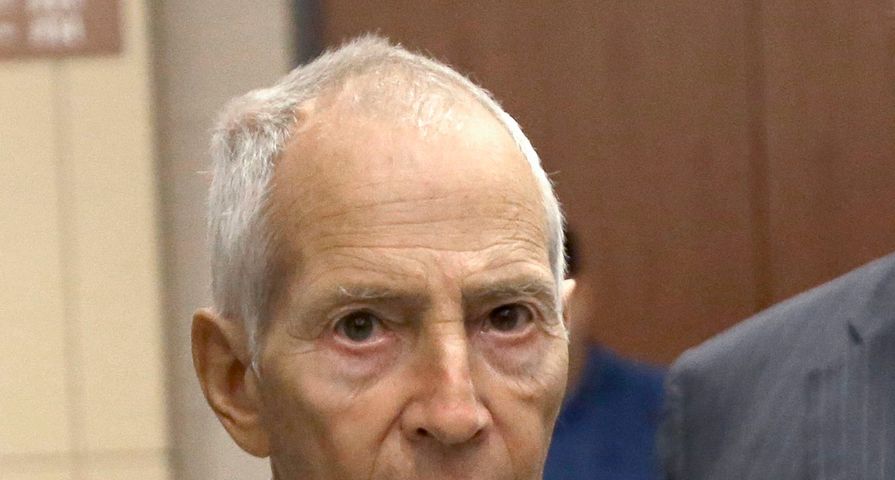 Robert Durst may have agreed to do the HBO miniseries The Jinx but everyone is postive that he did not mean to seemingly make a confession to murder while miked up for the show.

The Jinx follows the life of Durst, the heir to an NYC real estate fortune, who has been investigated for three separate deaths but on Saturday March, 14 Durst was arrested yet again; this time on murder charges surrounding the death of his friend Susan Berman in 2000.

At the end of Durst’s last interview for the docuseries, the 71-year old goes into the bathroom with the audio equipment still attached and then talks to himself, possibly not aware he was still being recorded. “You’re caught. You’re right, of course. But you, can’t imagine. Arrest him. What the hell did I do? Killed them all of course,” he mumbled to himself.

Prior to his recent arrest in New Orleans, Durst had been charged in one death, his neighbor Morris Black, but was acquitted of all murder charges.

The FBI had been investigating Durst outside of the show and although there is no evidence that he was arrested because of his apparent confession on the show, it did seem he was trying to flee as he was reportedly found with cash, and false documents including a fake passport.

Detective Cody Cazalas, who worked on the murder investigation talked to People magazine following the arrest of Durst: “When we were investigating the murder of Morris Black, we always thought that he had something to do with the murder of Susan Berman. She was going to talk to investigators about him, and then right before she could, she was murdered. He was always a person of interest.”

Also Check Out: 13 Celebrities Who Should Have Their Own Reality Shows