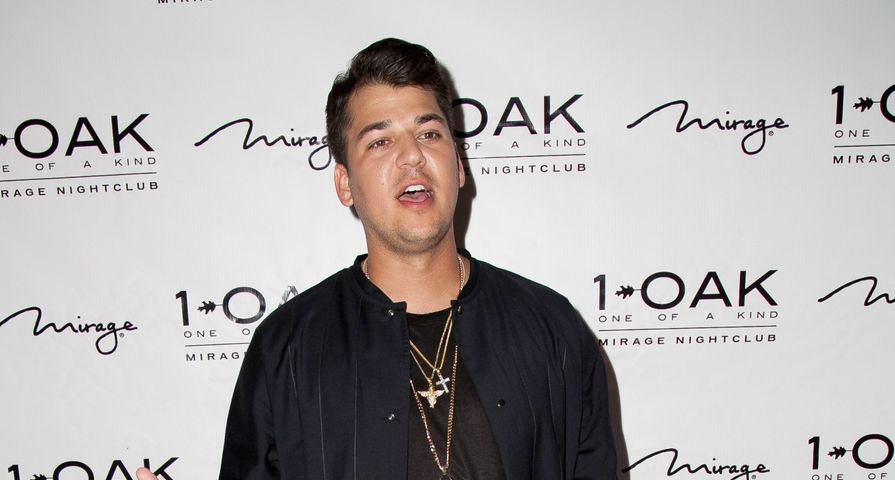 If the life of the Kardashians and Jenners wasn’t dramatic enough, their reclusive brother Rob Kardashian is making it much, much worse.

Just a day after rumors swirled signifying the beginning of a romance between Rob and his family’s longtime rival Blac Chyna, there are new reports that he has temporarily moved in with Blac Chyna, who is of course the ex-fiancee of Tyga, Kylie Jenner’s current boyfriend. TMZ is reporting that Rob packed a suitcase to stay a few days with her, and so far has been there for five days, probably hiding out from the retaliation he is surely getting from his family, including Kylie who is “livid” over the romance according to sources. Although he hasn’t moved in permanently, his decision to stay with her so soon in their relationship makes sense as he currently lives with his sister Khloe Kardashian, who alledgedly won’t be “welcoming Rob back into her home,” once his stay at Chyna’s is over.

Rob definitely doesn’t seem to mind the tension or drama he is causing for his family, as he even added fuel to the fire by posting a meme of Blac Chyna carrying a car seat with the words, “Black Chyna probably out shopping rite now as she plan to give birth to the only next generation of the Kardashian Name! #BabyKardashian.”