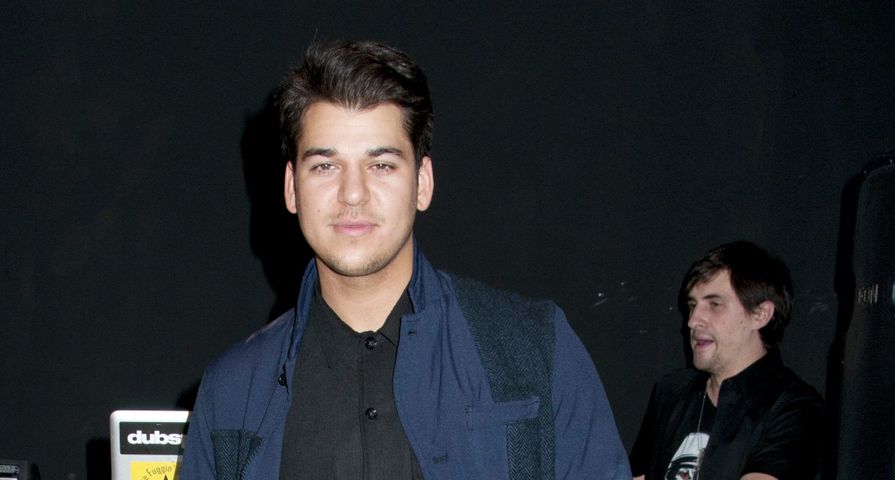 With the internet abuzz with everyone’s favorite Kardashian brother making a comeback to the spotlight with his highly publicized relationship and new show, it reminded us that most of the time Rob Kardashian may very well be the most interesting of the bunch with a lengthy list of secrets and scandals that seem to put the enigmatic male heir to the Kardashian brood in the news time and time again.

Rob’s love life over the years has certainly made waves, especially his former flame Adrienne Bailon (from Disney’s Cheetah Girls fame). Bailon has publicly made comments about him cheating on her during their relationship, which lasted from 2007 to 2009, and later called him “so disloyal.” She even said that she would have thought twice about appearing on Keeping Up With the Kardashians in the first place if she knew what kind of effect it would have had on her career.

Another very public romantic (and rocky) relationship of his took place in 2012 with British singer/actress Rita Ora. They quietly dated for months when Ora declared in an interview that they were never exclusive. Rob then tweeted out to the world that she “cheated on [him] with nearly 20 dudes” during their time together.

4. Trouble with the Law

In early 2012 Rob was detained by Miami police when he noticed a paparazzi photographer taking pictures of him and decided to “play a joke” and chase after him. Things went south very quickly when the photographer went running and police in the area got involved and detained Rob in the back of their police car until they could fully assess the situation.

Though his sister Khloe has recently reported that she is in a great place with her brother (he’s currently living with her), things have not always been so smooth between Rob and his sister Kim. After posting a photo on Instagram of Rosamund Pike in Gone Girl with a caption that made harsh comparisons between the two women (the photo has since been taken down), there’s been chatter that “he hates [his] sister” Kim and believes her to be “shallow” and “heartless”. Ouch.

Earlier in 2015 there was also talk that Rob was suing his mother Kris (and family) for up to $50 million because, even though he hasn’t made an appearance on the television show in recent seasons, he feels its unfair for his family to use subject matter like his weight and possible drug and mental problems as a continual “storyline” and topic of discussion on the show.

Over the past year there has been reports that Rob has checked into different drug rehab facilities (though his mom Kris refuted this). There has also been reports that Rob has an addiction to crystal meth and, more recently, he spends his days playing video games and smoking marijuana (and has also grown dependent on pain killers), which all stems from his struggles with depression.

Who knew a teddy bear could cause so much drama? In late 2013, it was reported that Rob may have a secret son when he had some friends over to his home for a social visit and one of them took notice of a teddy bear resting on his bed. Rob reportedly stated that “it was a present for his son.” There’s speculation that this alleged son was the “result of a fling” that he had with a woman in Miami.