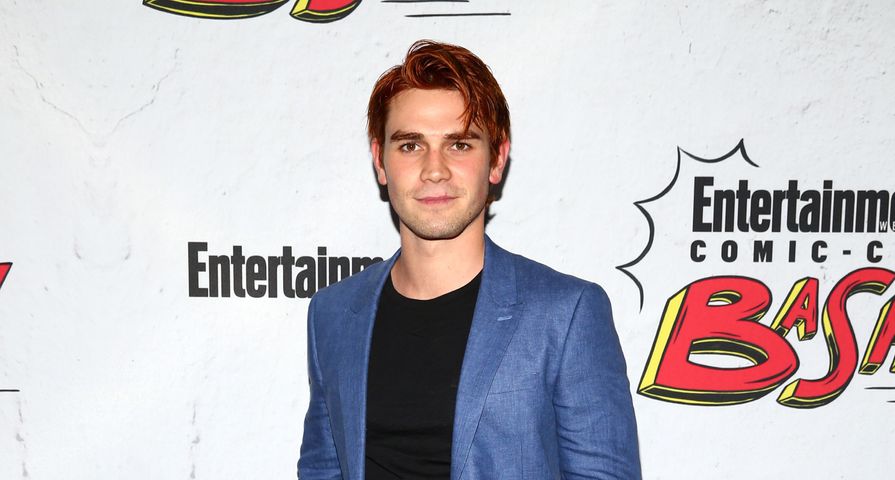 Riverdale finally returned to The CW last night and the premiere was definitely everything fans had anticipated and more! If you haven’t seen the premiere yet, there are major spoilers ahead!

Most of the episode was not overly shocking but in classic Riverdale style, they left us with a huge cliffhanger ending where a major season one character was murdered! The cougar teacher, Ms. Grundy, who previously had a fling with leading man Archie, is pictured tutoring a different student at her house and kissing him goodbye before sending him home. Miss Grundy turned around following the kiss only to be met by a masked man who strangles and murders her.

The loss of Miss Grundy wasn’t a huge devastation to fans who voiced their dissatisfaction with the story line between her and Archie, but KJ Apa has a different opinion about it! “I’ve noticed that a lot of the fans aren’t too keen on Miss Grundy and a lot of fans really don’t like the storyline between her and Archie, but I really did enjoy that story line. I thought it was great,” Apa revealed to E! News. “So I was excited to have her back! I was really psyched, and then obviously with what happened… yeah.”

Riverdale airs Wednesdays at 8 pm on the CW.