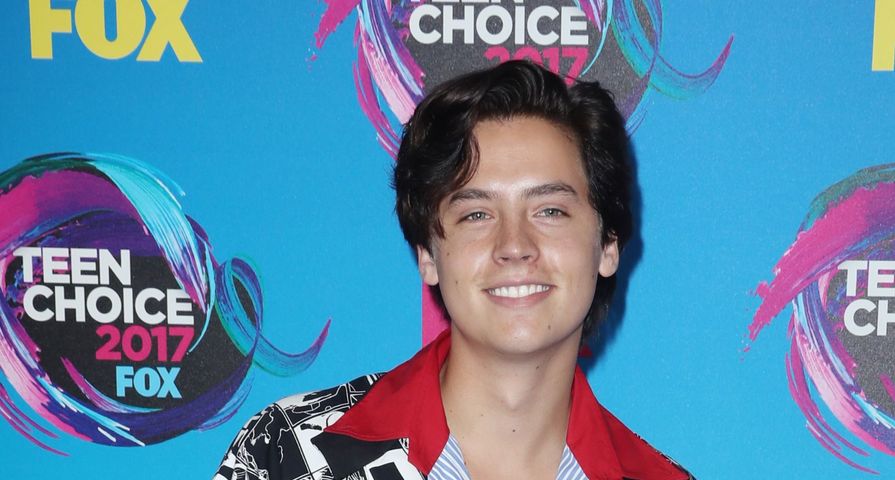 There is no denying that Riverdale has become one of the biggest new teen series on TV, and adding to the excitement surrounding the show are the endless rumors that on-screen couple Lili Reinhart who plays Betty Cooper and Cole Sprouse who plays Jughead Jones are dating in real life.

Although the two have never spoken about the rumors, and probably never will as they have made it clear they appreciate keeping their personal lives private, but Sprouse couldn’t help but joke about their connection while on a recent TV appearance.

The charming actor appeared on Live With Kelly and Ryan on Wednesday, October 25 where he discussed his life before Riverdale which of course included roles on Friends, The Suite Life of Zack and Cody and Big Daddy, and a step out of the spotlight as he went to NYU and got a degree in Geographical Information Systems and Satellite Imaging. When the script for Riverdale came along however, he couldn’t resist and it seemed to be a great career move.

When asked about what fans can expect in the current season for “Bughead”, Sprouse jokingly replied, “A little but more of that [kissing], which is gonna be good. They’re contractually obliged to give me as many kiss scenes as possible this scene. I wrote it into my contract.”

Despite the fact they haven’t addressed their relationship, the pair sure have left a lot of hints including Reinhart’s birthday shoutout to Sprouse on Instagram which she captioned: “To the man who has showed me more beautiful places in the past year than I have ever seen in my whole life. Happy birthday, Cole. Thank you for all of the adventures and here’s to many more.”

Check out Cole’s full interview below: