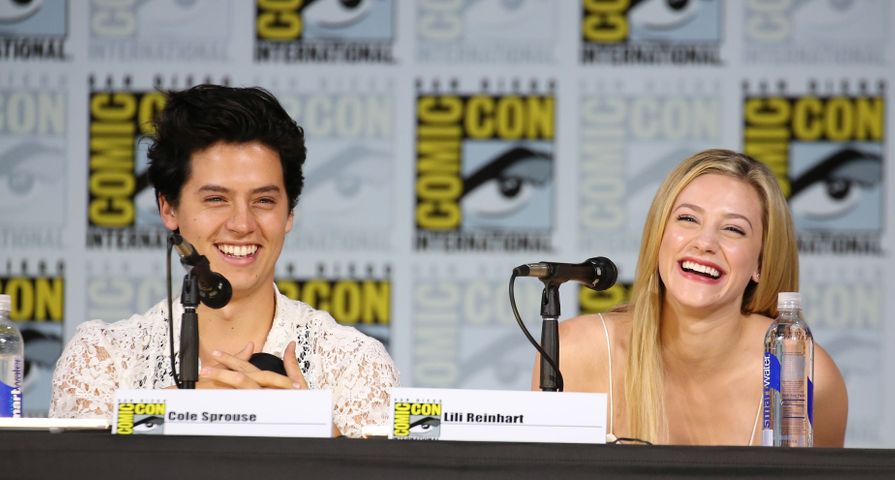 One of the most beloved couples on the set of the teen drama series Riverdale have been spotted together in real life!

Lili Reinhart and Cole Sprouse play Betty and Jughead who are dating on screen in Riverdale, but sources have confirmed the romance between the two may be budding off screen as well. Suspicion first began when Sprouse posted a photo of Reinhart on his Instagram back in March. Most recently, multiple eyewitnesses revealed the stars “could not keep their hands off one another” this past weekend at 2017 Comic-Con. The source also revealed they “were very open with their PDA at parties during the event, and close friends did not seem surprised.”

Another source revealed that Reinhart “was mostly hanging out with the other Riverdale girls” at a party on Friday, but she “always had her eye on where Cole was.”

The suspcisions grew even more when the Riverdale actors were seen “canoodling, holding hands and kissing” at Entertainment Weekly’s party in San Diego. Neither Reinhart or Sprouse have confirmed or publicly commented on their relationship; however, in May Sprouse did reveal to MTV News that they were “strictly in the friend zone.”

Riverdale is set to return this fall on The CW on October 11.