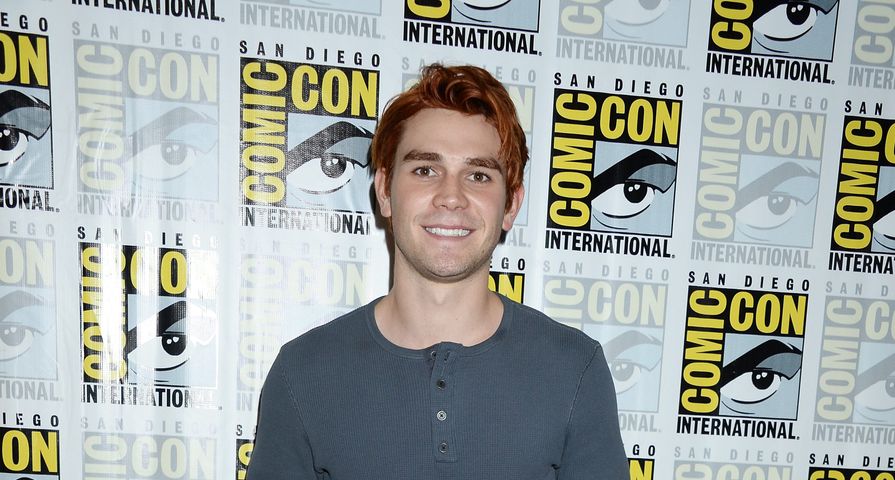 Back in late September, Riverdale star K.J. Apa was involved in a late-night car crash that he is thankful wasn’t worse than it was.

In a new interview with Esquire.com, the actor who stars as Archie Andrews on the hit teen drama is taking full responsibility for the crash that occurred after he worked a 16-hour day on set.

“That was just a one-off accident, and it was a mistake on my part,” the 20-year-old said in the interview. “I should have pulled over and gone to sleep instead of battling my way home. But I learned from it. It was a blessing in disguise. I came out unscathed, and I thank God that I’m OK — it could have been a lot worse.”

According to reports at the time, Apa was driving 45 minutes home just after midnight when he fell asleep at the wheel and hit a light pole but miraculously did not suffer any injuries.

“It puts things in perspective for actors on other shows; when you’re driving home, you’ve got to be mindful and make sure your mind’s right and that you’re not tired,” he added. “I was really lucky the production was there for me and helped me the whole way, which made me feel looked after.”

After the incident and backlash about actors’ safety, Warner Bros. released a statement:  “The safety of the cast and crew on all of our productions is of paramount importance to the Studio. Productions adhere to the Screen Actors Guild–mandated turnaround time of 12 hours from wrap time to next day call time for cast members. KJ has repeatedly been informed about making production aware if he is tired or feels unsafe, and if so, either a ride or hotel room will be provided for him.”

Apa acknowledges he was well aware of the procedure and added that his work days didn’t change. “The schedule didn’t change. It’s still a requirement for the actors to drive to work, which is fair enough. The crew works longer than we do, and they have to drive back and forth to work every day.”

Now, the actor is just trying to take in just how successful Riverdale has become because even he wasn’t sure what to expect. “This whole thing has been moving so quickly, and the show has blown up in a way that no one really expected it to,” Apa says. “Before I started shooting the show, I had my questions about it; I wasn’t really sure how it would go. It felt like we were in this bubble. No one had seen it yet, and we couldn’t even imagine it coming out.”