Ricky Gervais Is Hosting The 2016 Golden Globes After All 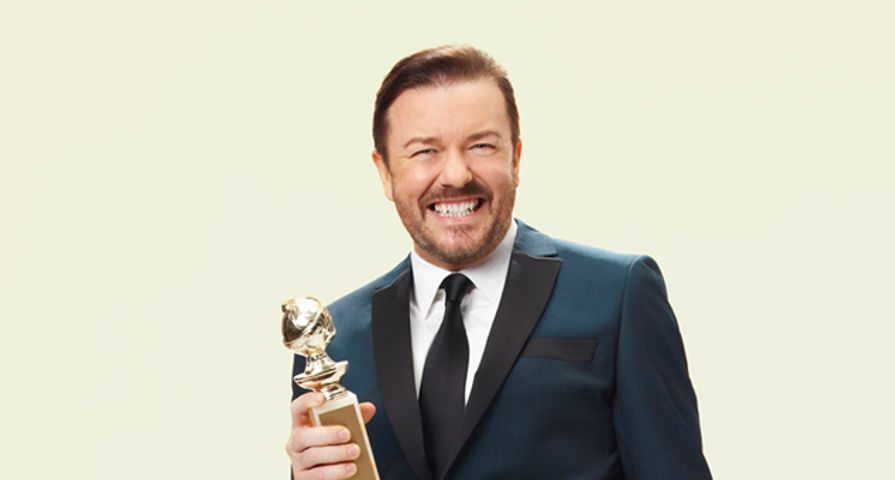 Comedian and actor Rick Gervais has been confirmed as the host of the 73rd Annual Golden Globes Awards on Jan. 10, 2016 even though he previously stated he would never take the gig again.

After three years away, before which he hosted the big event in three consecutive years in 2010, 2011, and 2012, the news was made when the Golden Globe Awards twitter handle tweeted out, “Pssst! #HesBack #GoldenGlobes,” along with a shadow picture of Gervais holding one of the awards.

“We’re excited to have Ricky Gervais back to host the most enjoyable awards show of the season in his own inimitable way,” NBC Entertainment Chairman Robert Greenblatt said in a statement. “Disarming and surprising, Ricky is ready to honor — and send up — the best work of the year in film and television. Fasten your seat belts.” Lorenzo Soria, President of the Hollywood Foreign Press Association added, “Ricky Gervais left us with a lasting impression and we are thrilled to have him back in our show as we honor the best in film and television. His off-the-cuff wit and quirky charm will surely have the room and audiences around the world at the edge of their seats.”

Of course, the news will not be so good for many entertainment fans as Amy Poehler and Tina Fey have hosted for the past few years and received rave reviews, making many disappointed they did not renew their contract to return.