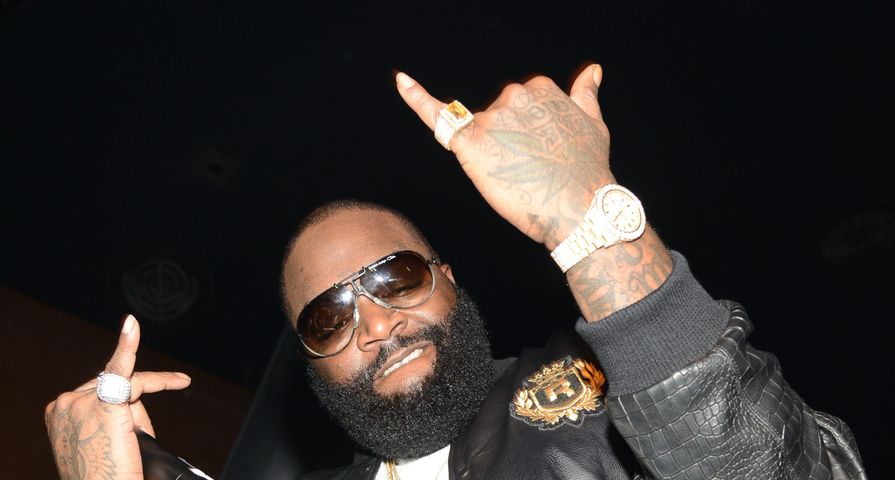 No one is particularly surprised by this bit of news but rapper Rick Ross was arrested on Wednesday, June 10 after a cop reportedly found five joints inside Ross’s car.

The 39-year old star whose real name is William Leonard Roberts II was initially pulled over on an highway in Atlanta for an apparent window-tint violation at which time the officer could smell the marijuana in the car and proceeded to find the joints.

Ross was then taken into custody and booked at the Fayette County Jail where he remained until 11 p.m. on Wednesday night, and his rep has not offered any updates since.

This is not the first time, and probably not the last, that Ross has been arrested for possession of marijuana with a record citing incidents in Miami in 2008, in Louisiana in 2011 and in North Carolina in 2013.

Ross has never shied away from his marijuana use and has no problem offering his advice for smoking it either, stating in Rolling Stone’s “Ask  a Boss” column, “There’s only one way to smoke weed like a true boss, man. You have to get the highest-grade weed. When I smoke, I’m usually in my backyard. I hear the waterfall from the swimming pool; I hear my two yachts as they bump against the railings and the water splashes against their bodies; I hear a squirrel chirping from centimeters away. Go get yourself a rocking chair and put it on your front porch, and listen to the breeze, just like the good old days. That’s when you’re smokin’ like a true boss.”