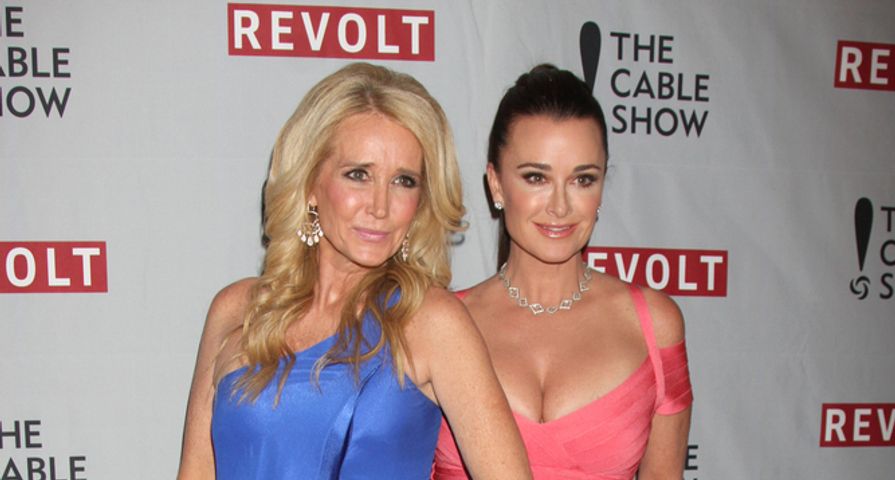 The Real Housewives Of Beverly Hills’ siblings Kim and Kyle Richards are being sued by a stylist who claims she was viciously attacked by Kim’s pit bull.

Paige Sanderson is seeking damages from Kim and Kyle, as well as Kim’s son Chad Davis, and lawyer Bruce London, for a dog attack she says occurred in April. According to court documents, Sanderson states that Kim’s pit bull Kingsley “had an extremely vicious and unusually dangerous nature and a propensity to attack, bite, and severely injured people without provocation” even before her personal altercation with the dog.

The stylist says she went to Kyle’s home to assist with a promotional appearance when Kim’s son Chad let Kingsley roam the house unrestrained. Shortly after, the dog “lunged at [Sanderson], bit and held on to her lower abdomen and crotch, tearing off her leggings and underwear and ripping out portions of flesh between her legs and genitalia.”

The court report claims the attack left Sanderson with “severe physical injuries, emotional distress and pain and suffering and was required to seek, did seek and continues to seek medical treatment and surgeries for her injuries.”

According to the court statement, Kim Richards and her attorney Bruce London attempted to cover up the attack to prevent bad publicity. The report states, “Richards refused to call 9-1-1 to seek emergency medical help for Plaintiff unless and until Plaintiff agreed to say the attack was done by a stray dog and not by Kingsley because it would give Defendant Richards negative publicity.”

Sanderson is suing Davis for negligence, and Kyle for letting the incident happen at her home.

This is the third lawsuit brought against Kim Richards as a result of Kingsley’s behavior. In June, a woman named Kelly Crossley filed a lawsuit in relation to an incident that happened last September at Kim’s home in Los Angeles. Crossley said she was invited to Kim’s home when she was attacked by Kingsley. As a result, she sustained “grave physical injuries” that caused “great mental, physical and nervous pain and suffering.” Not long after, Kingsley attacked Kim’s niece.

Kingsley & I took a break from the moving… Just look at the way this boy looks at his Mommy!!